At least we are assured the William Larue Weller, the Thomas H. Handy Sazerac Rye, the Eagle Rare 17-Year-Old, and the Sazerac 18-Year-Old Rye meet Buffalo Trace’s high quality standards. Eagle Rare is a standby for many bourbon drinkers with the core and 10-year-old offerings, but it is the over-aged BTAC Eagle Rare that collectors seek. If you were not lucky enough to get a bottle at its MSRP of $99, hopefully, you will be able to snag a taste of it.

The 2021 Eagle Rare 17 Year Old in the BTAC pays tribute to the 1974 launch of the Eagle Rare Brand. Originally, the whiskey was bottled at 101 proof compared to the current core offering at 90 proof. However, the BTAC Eagle Rare goes back to this original 101 proof. This year’s lot of the 17-year-old whiskey lost 73% to the angels. You can see why the BTAC has limited availability. 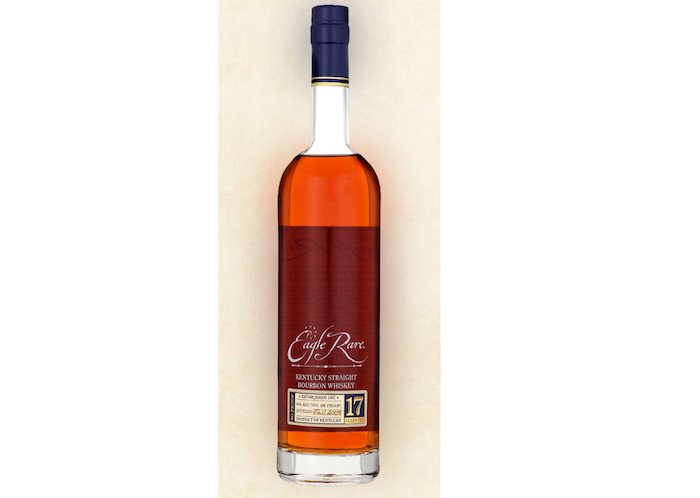 Nose: At first, baby powder and spearmint greet the nose. Bold red cherry quickly follows up the more delicate notes on the nose. Creamy cocoa comes through near the end.

Palate: Cedar and tobacco are the first things I taste. Overall, the whiskey is peppery with lots of cherry. The spearmint from the nose does come out on the finish. It is fairly tannic and bitter, but it is enjoyable.

The 2021 Eagle Rare from the Buffalo Trace Antique Collection is consistent in the flavor profile like last year. However, it is hotter to drink with the spice on the palate. The pepper is overpowering, too. Overall, I think the whiskey is lackluster in taste but still enjoyable on a big cube.