Editor’s Note: This whiskey was provided to us as a review sample by Boulder Spirits. This in no way, per our editorial policies, influenced the final outcome of this review. It should also be noted that by clicking the buy link towards the bottom of this review our site receives a small referral payment which helps to support, but not influence, our editorial and other costs.

One of my colleagues wrote an excellent summary of Boulder Spirits’ origin and its swashbuckling founder, Alastair Brogan, whose life experiences included the Scottish military and fuel distribution and moving to Colorado about a decade ago. My colleague also  tasted several of the single malts as well as their bourbons back in October, 2020. A year later, we’re back to give it another go. What’s changed? What’s stayed the same? Let’s learn.

Boulder Spirits is based in—surprise!—Boulder, Colorado. As we have previously reported, ten years ago Alastair Brogan moved from Scotland to Colorado with a 1,000 gallon copper still (referred to as a Forsyth still, the largest in Colorado, and pretty badass, actually) and the desire to make a traditional single malt. 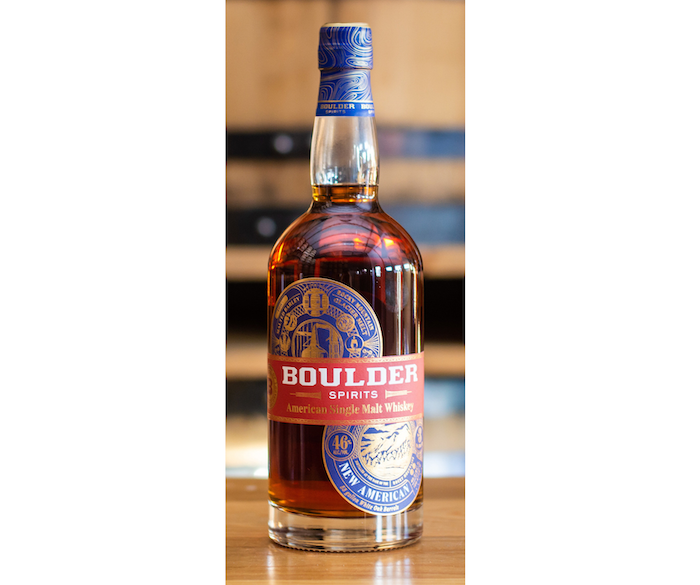 Appearance: A roasted yam, with a coat of henna.

Nose: Pleasant, yet slightly chlorine-ish when I first opened the taster. But once in the glass, it settles into more of a mellow marshmallow along with cooked blackberry.

Palate: I like this more than I thought I would, given it’s all barley. I tend not to favor single malts; their nuances tend to be lost on me, honestly. I thought it would be more grain-forward, but this is sweeter and softer than I had been anticipating. A pleasant surprise. I also get a creative tinge of orange and spice, like in mulled wine. And yet when I go in for yet another sip, it changes into more of that slightly dirty and grassy aspect I don’t love about single malt. And then it makes my upper lip start to tingle. Darn. I was hoping for a different reaction.

I’m intrigued that it’s a shape-shifter, but it leaves me a little cold, despite the burn. (If I could rate a 2.75, I would.)