Barrell Craft Spirits has made a name for itself finding a rather unconventional, creative niche in the whiskey industry, as previously reported by The Whiskey Wash, with blended bottlings that have earned a growing number of awards and accolades. Personally, I’ve been a fan since experiencing the delight that is Barrell Craft Spirits’ Infinite Barrell Project bottling.

Barrell Crafts’ lines of spirits also includes flagship batches of Barrell Bourbon – 19 batches and counting, to-date. According to Barrell Craft Spirits founder Joe Beatrice, the intention of this line is to “bring out the best” of the whiskey from the distillery’s bourbon barrel inventory, blending and bottling at cask strength to “experience the true flavor” of the bourbon.

Batch 017 of the bourbon line is described as “an homage to a style of bourbon we love, which has become increasingly hard to find. It’s the classic 10-year-old: high proof and balanced, oak driven but complex. This batch is our tribute to the elegant bourbons of the past.”

This particular expression was awarded Double Gold at the 2019 San Francisco World Spirits Competition, and earned a Whiskey Advocate rating of 90.

I dove into bottle #8,539 of Barrell Bourbon Batch 017 with admittedly high hopes. 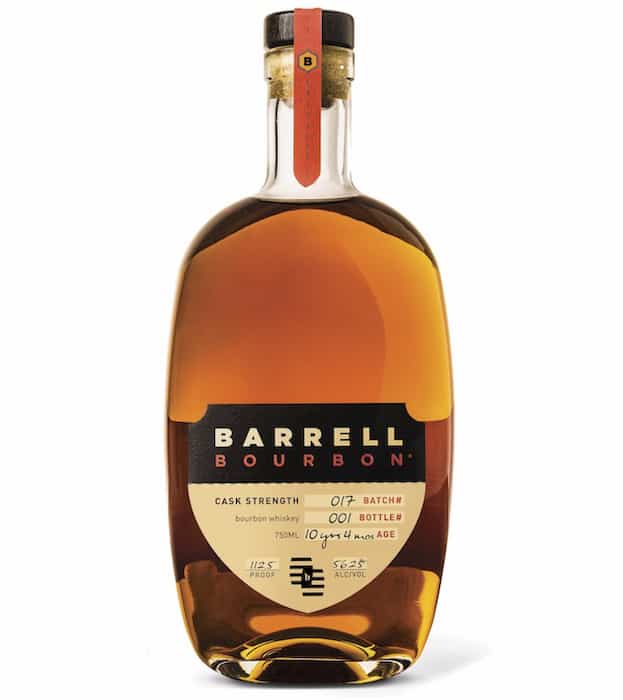 Vital Stats: A blend of corn, rye and malted barley Indiana (MGP)-, Tennessee- and Kentucky-distilled and aged bourbons (noted to have been aged 10 years, four months). Barrell Bourbon Batch 017 is created and bottled in Kentucky at cask-strength 112.5 proof (56.25% ABV), and sold for around $79.99.

Palate: Bright, spicy and robust. Hefty but not heavy. The spices are there through-and-through, and they open up to bruleed vanilla with berries, and a touch of cacao-covered dates. Without peat, there’s a nearly silent whisper of char at the very finish.

Especially if you love cask strength whiskey, this isn't one to miss. It's a sipper -- a perfect digestif -- to be long enjoyed just as it is (I suspect it would hold its own nicely in a cocktail or with a rock, but why mess with near perfection?). Price-wise it's certainly more of a splurge than a daily-drinker -- but it's nonetheless a worthy addition to any collection, and one to be savored.