Editor’s Note: This whiskey was provided to us as a review sample by Baltimore Spirits Company. This in no way, per our editorial policies, influenced the final outcome of this review.

Baltimore Spirits Company’s Epoch Rye is has undergone an alluring transformation,  being released this year under the compelling title, “Post Epoch.” Post Epoch is a line of wonderfully unique barrel finishes that are sure to intrigue if not delight any taster. The barrels chosen for this batch of the line are those of an ultra local liqueur known as Bort.

Bort belongs to an arm of the company known as EB Smith’s Singularities. It is a line of small-batch crafted single-release whiskies, brandies, gins, and liqueurs. The bottles resemble something you would expect to find in an old time pharmacy or cabinet of curiosities with their contents being equally unusual. Bort was distilled from the fermented wort of Union Craft Brewing’s Snow Pants Stout. The spirit was aged for two years in oak barrels before being bottled and sold. The barrels were then used to age the flagship rye for one year while it absorbed the distinct wort flavor.

Baltimore Spirits Company co-founder Max Lents said at the time of its release that “we can say without hyperbole that this version of Post Epoch is unlike any whiskey that currently exists.” The liqueur was invented in their distillery making the bort-finished Post Epoch completely unique. Post Epoch is available in the distillery only. It is bottled at 100 proof selling for $60 per 750 ml bottle. 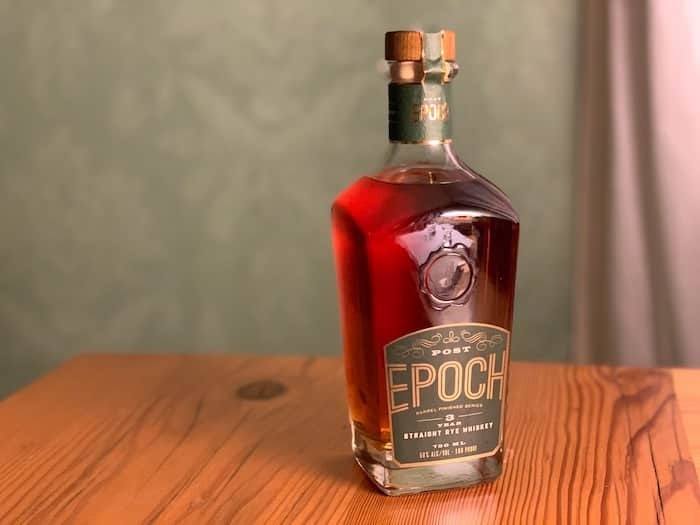 Appearance: This rye whiskey is a light amber.

Nose: The nose is robust with anise, pepper and caramel. It is strikingly medicinal and has the scent of cardboard like I just opened a box of candy coated licorice.

Palate: Oak is forward giving way to several other hefty flavor profiles including anise, mint and cinnamon. This has a chewiness and is reminiscent of the Mediterranean favorite Pastis.

Overall I found this to be much more interesting than enjoyable. The flavors are pronounced but lacking in cohesion. The barrel finish certainly adds to the straight rye expression but I wouldn’t call it a positive. This would be decent to try if you are looking for something new and explorative. For me it was overly medicinal.

I appreciated this most in a hot toddy where some of the more conspicuous flavor profiles were diluted and properly balanced with lemon and honey.