In the northwest corner of France, appearing on the map as a hitchhiker looking to catch a ride through the English Channel to the North Sea, lies a peninsula with a diverse landscape and a lot of cultural heritage.

The ancient Romans referred to this land as Armorica, and we know this area today as Brittany. Brittany is recognized as the traditional homeland of the Breton people and is one of the six Celtic Nations.

While the different Celtic Nations share a close history and geographic proximity, whiskey making has obviously been part of the cultural identity as well. And, just as the ancient languages that are still spoken in these regions retain their individual cultural pride, so do their whiskeys.

The Warenghem Distillery is currently located in Lannion, Brittany, and has been producing liqueurs and spirits for over 100 years. Known for their Elixir d’ Armorique, the distillery passed from one generation to next creating a small range of unusual fruit and plant based liqueurs, honey liqueurs, apple brandy, beers and whiskey. 30 years ago, Warenghem became the first double distilled whiskey produced in France called Armorik as testament to the history of the area.

The whiskey from this area, or “Whiskey de Bretagne”, has certainly caught on and is now recognized with its own Geographic Indication. The particular environment around Warenghem features soil that is mostly granitic, and with it being less than six miles away from the sea, the air is also very iodized. The weather tends to be windy and rainy with the same humidity as the Scotish Highlands, but with the temperature being overall warmer.

With the use of French barley and water sourced from a natural spring known as Rest Avel (meaning “dwelling of wind”), Armorik aims to incorporate traditions as well region specific advantages to create a product distinctly recognized as their own. How very Celtic. 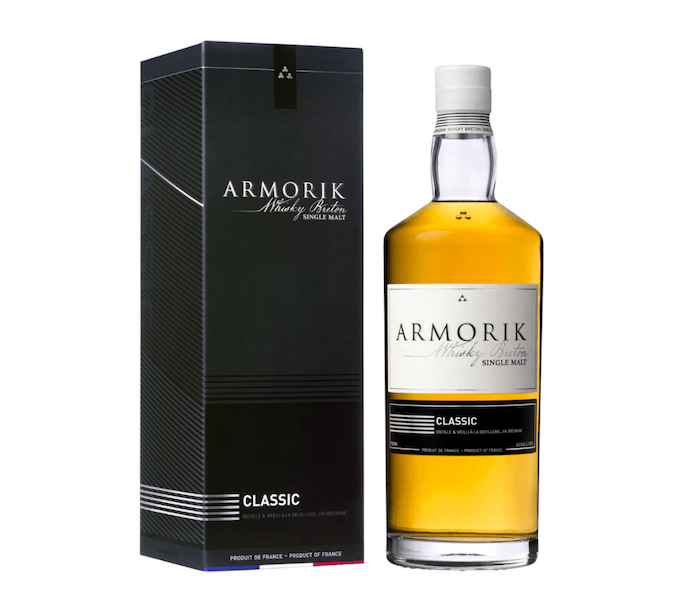 Nose: Green apple, jalapeño, and savory herb, like you’re strolling through an orchard and garden

Palate: Warm, spiced green apple, then warm honey sweetness mixes delicately. The medium finish has a hint of smoke, although never overpowering.  Almost like chamomile tea with a kick.

The tasting of this whiskey caught me in the middle of a record-setting heat wave in the Pacific Northwest, I’m talking street-cone-melting hot! Everyone and everything around me is miserable. But tasting this whiskey certainly was not. Call it a serendipitous coincidence that I’m sampling this at such a time, but this certainly is a whiskey for that occasion. It’s light, but has some character. It’s sweet, but could be enjoyed as an aperitif. However you enjoy it, it’s definitely hitting the spot right now.