Editor’s Note: This whiskey was provided to us as a review sample by Andalusia Whiskey Company. This in no way, per our editorial policies, influenced the final outcome of this review. It should also be noted that by clicking the buy link towards the bottom of this review our site receives a small referral payment which helps to support, but not influence, our editorial and other costs.

Andalusia is most well-known, if known at all, for the unique wine called sherry. The Jerez triangle within the region of Andalusia in Spain is the only region in the world that makes true sherry, and has been doing so for hundreds of years. Sherry is a giant in its own right; it doubles as a classic and delicious way to age whiskey.

None of this goes into the bottles from Andalusia Whiskey Company. However, their name does have a slight tie to the famous Spanish region. The distillery sits on land that had been called “Andalusia Ranches.” The hills around the distillery invoked the imagery of the Andalusian hills of Spain – and the combination gave founders Tommy Erwin and Ty Phelps an idea for a name.

The comparison ends there. What Andalusia makes are purely Texan spirits. Texas is not a widely known or well established whiskey producer as of yet, but a few distilleries have been working to change that. Balcones is one such brand, who also includes single malts in their collection.

Single malts are not as significant on the American whiskey consciousness as the most popular bourbon, or even the newly booming rye. This distillery calls the whiskey I’m reviewing here made in the “Irish style” – which just means triple distilled.

Triple distillation works to refine the product further, leading to a clean and elegant product. Though used almost exclusively in Ireland (thus the name), triple distillation is used much less in Scotland and almost not at all in America. Perhaps the best known distillery utilizing the technique domestically is Woodford Reserve.

Irish single pot still-style includes unmalted barley in the mash, leading to fresher and brighter flavors. While many of them are aged in ex-bourbon, some are also aged or finished in different casks (such as the sherry discussed earlier), that can give those fruitier flavors. This whiskey is aged entirely in charred American oak – which typically leads to heavier, sweeter tastes.

All in all, this “Irish-style” whiskey is as American as they come. 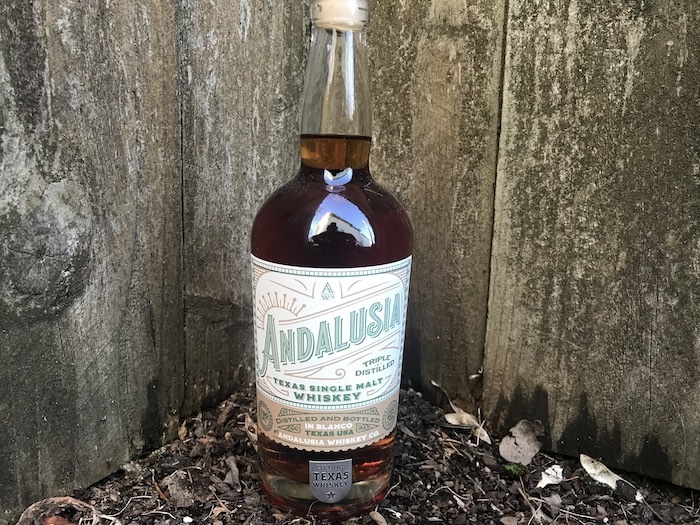 Appearance:  Translucent toffee color, quick legs but not a large number of them.

Palate:  Boozy, some weight in the texture. Strong malt flavor is predominant. Cereal grains and a hint of petrichor linger into a sweeter finish like milk chocolate. Finish is decently long.

This single malt has more heat than its European counterparts usually do. This is a pleasant, easy sipper, especially with a bit of water to soften the heat and amplify the sweetness. Unfortunately that water takes away a lot of the already light flavor. There isn’t really any complexity here, but the flavors that do come through are good.