Editor’s Note: This whiskey was provided to us as a review sample by Andalusia. This in no way, per our editorial policies, influenced the final outcome of this review.

Texas is a stand-out state in so many ways. One of these ways is the recent trend of craft distilleries popping up and grabbing attention with their unique products. Among the newest of those is Andalusia Whiskey Company’s contribution to Texan whiskey: a Bottled-in-Bond Single Malt. This expression marks one of the first Bottled-in-Bond whiskeys ever released in Texas – hailing from an act passed in 1897.

The Bottled-in-Bond Act came about at a time when whiskey was typically bought and sold in the barrel. This method allowed too much room for shady sellers to mess with it – adding too much water, adding other whiskies, etc. People sought a guarantee that the whiskey they were buying was actually what it claimed to be.

This expression has a fairly unique place in the Bottled-in-Bond world in one particular sense. Most Bottled-in-Bond whiskeys are bourbon. This bottle is a single malt, a type more strongly associated with Scotch whisky.

That being said, this whiskey is determined by the distillery to still be suited for the “bourbon lover.” I can definitely see what they mean. This is a lighter tasting and textured whiskey, with a lot of the richness found in bourbon. It still retains a lot of the malt flavor – but heavier and sweeter. Some of the most strongly associated bourbon flavors of vanilla and caramel are not present here.

I would say that this expression could be where bourbon meets scotch. More than anything, it could be a great expression with which to introduce bourbon lovers to the great world of single malts. 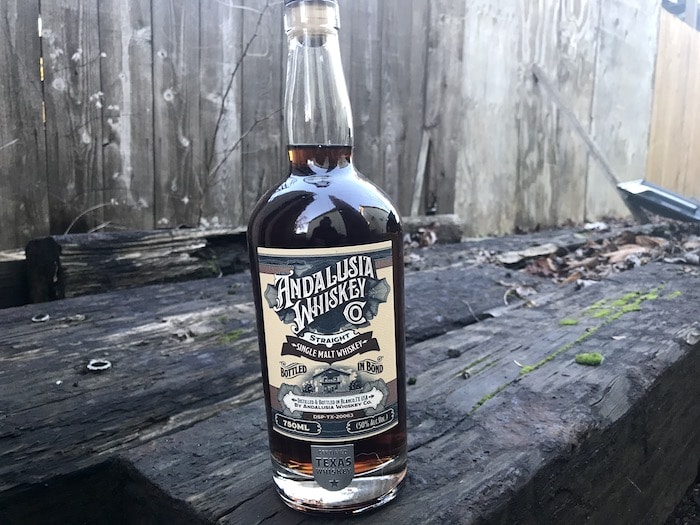 Palate:  Quite light texture, nothing like the nose. Rich, full malt has a whisper of that fruitiness from the nose, but fresher and sweeter like cherries. The mid-palate has a strong flavor of cinnamon and a hint of mildly dark chocolate. Mid-ground finish, where macadamia nut pops right at the end.

I had a childhood tradition of making fudge at Christmas, and this one tastes like the one we made with chocolate and cinnamon chips. This whiskey is like a rich candy, and is surprisingly well-balanced for it. It has both heat and sweetness, with neither one being predominant. It’s not terribly complex or wildly flavorful, but is a good easy sipper.