What do whiskey and Utah have in common? Both are great examples of how things can change very quickly, and they can also change very slowly, over a long period of time. Several years ago I had the good fortune of spending two weeks driving through Utah, marveling at its five timeless National Parks.

I don’t think I’m alone as far as being struck by the unique geography, the vastness, stark color and topographical contrast, it’s evident that eons of time can alter and carve this stunning landscape.  This tells a story of time. It’s also amazing to see ancient petroglyphs telling the stories of indigenous peoples, as well as the Pioneer Register in Capitol Reef, marking the passage of Mormon pioneer settlers passing through the area.

After two weeks of being immersed in this grandeur, getting dusty and dirty, I returned to the civilization of Park City, where I had the good fortune to visit the High West Distillery and hear their story in person. As well with grain, wood and water, whiskey’s most precious ingredient is time. And it’s while we’re waiting for the spirit to develop when these stories are told. The story of High West is still relatively recent in the annals of whiskey lore, but it made a huge impact when it came on the scene. And their initial blend of Rendezvous Rye firmly planted their flag as Utah’s first legal distillery since 1870.

Beginning in 2021, Rendezvous Rye evolved from being a year-round core offering to a seasonal and limited edition release. Much like the distillery has grown and evolved from operating in an historic livery stable and garage to one of the most visitor-friendly distilleries I’ve had the pleasure to visit, change is inevitable. Whether supplies have run out, contacts have expired, or they want to incorporate some of their own distillate into their product, Rendezvous Rye is joining High West’s other limited releases such as A Midsummer’s Nights Dram and Bourye. So let’s get to tasting before it disappears. 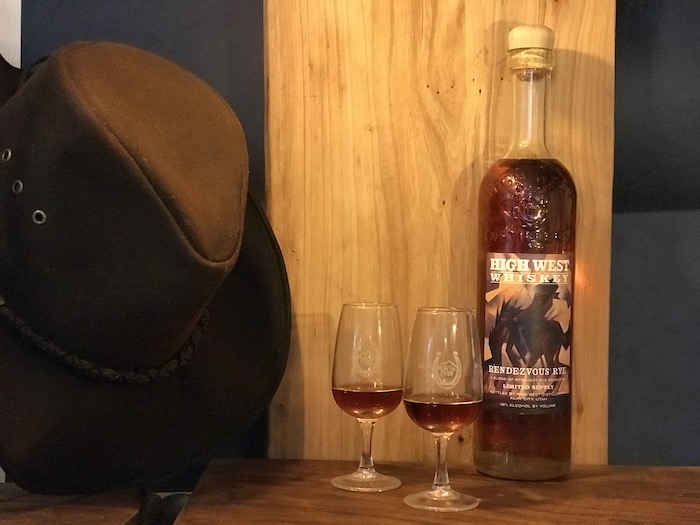 Appearance: Golden yellow with brassy highlights. Clear and moderately viscous, forming slow running rivulets on the side of the tasting glass

One of the recent changes in time has been the explosion of rye whiskeys on the market compared to when Rendezvous first came out. This is definitely a different product, and aside from the prevailing cinnamon note, it would be hard to differentiate from its contemporaries. The price point may be banking on Rendezvous’ reputation, but that's not to say that there isn’t room to stand out once again in the subsequent releases.