What do jackalopes, skiing, and $160 million have in common? High West Distillery in Park City, Utah. Proudly claiming to be the world’s only ski-in gastro-distillery, High West was sold to Constellation in 2016 only 10 years after its founding for an awe-inspiring $160 million. High West’s brand has been built around a solid core of four blended whiskies, Old West saloon themes, and a knack for picking barrels to sell as limited offerings. This review will focus on High West’s 2018 edition of Bourye, a release they’ve taken to calling “Bourye: Limited Sighting.”

Adorning the label of all Bourye releases, jackalopes are a mythical creature of North American folklore, known especially for being in the areas surrounding Lake Superior all the way to the Pacific Northwest. While this particular hybrid of a jackrabbit and an antelope might be endemic to North America, similar versions have surfaced in other locales throughout history. Anyone lightly versed in German folklore is assuredly familiar mit dem Wolpertinger, and Persian art from the 13th century depicts unicorn-like rabbits. It was not until the 1930s that someone began to piece together the striking similarities between different mythological creatures might not be so coincidental. What started as a mere hunting trip wound up leading decades later to a scientist at Rockefeller University winning the Nobel Prize.

As it turns out, rabbits growing horns in the wild is a real thing. It also happens to be true that these horns are in fact protruding tumors merely disguising themselves as horns. Scientist Richard Shope conducted experiments with Francis Rous where they learned the tumor-horns could be passed to other rabbits and they also learned the horns were viral. This linked viruses and cancer for the first time and the “discovery of tumor-inducing viruses” is what the Nobel Committee attributes to their motivation for awarding Rous with the Nobel Prize in Physiology or Medicine in 1966. Pretty wild what was once campfire folklore wound up being directly linked to modern medicine’s understanding of cancer.

As for the whiskey itself, this is the latest version of an ever-evolving limited release. Bourye first appeared at the beginning of this decade with back-to-back releases containing barrels sourced from MGP, Four Roses, and Barton. There was then a few year hiatus before being reintroduced in 2015. In 2016 they added “Limited Release” to the label and in 2017, undoubtedly as a way to further play-up the jackalope mythology, High West again changed the wording on the label to read “Limited Sighting.” Hence the name, Bourye is a blend of straight bourbons and ryes.

While each offering is certainly unique due to varying blends of mash bills, one could argue they have become less unique in that this will be the third consecutive release containing 100% MGP juice. As the market continues to grow, High West has found it more and more difficult to score barrels from Kentucky distilleries that are navigating the very same boom. 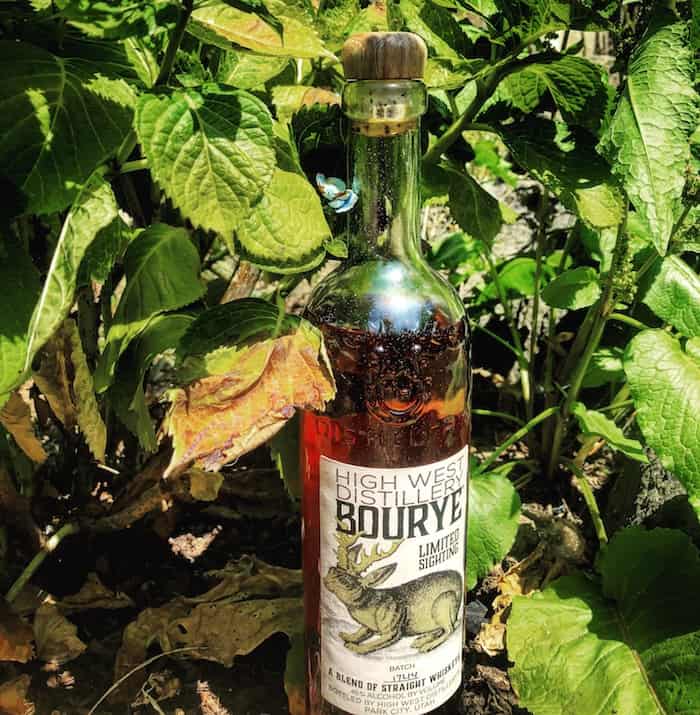 Vital Stats: A blend of five straight whiskies all sourced from MGP. The whiskies are as follows:

Bottled at 46% abv in 750ml bottles. Retails for ~$72. High West guards the ratio of each whiskey in the blend.

Appearance: A dark, deep amber. Like a fresh wood stain.

Nose: Smells like a pancake that has sat out a short time but is still warm. Also, grassy fields of popcorn with a vanilla drizzle.

Palate: Sweet and then somewhat bitter. Certainly contains quintessential rye spice, but it is well balanced by the sweetness of the corn. The pillow-like affect of the malted barley can be detected on the finish, adding a different type of sweetness. The usual suspects of vanilla, caramel, and clove dominate this one, but not in a way that makes it disappointing.

Bourye is a whiskey that has gotten mixed reviews from critics since its inception into the High West portfolio. Some have loved every batch, and some have hated every batch. For me, I’ve always found Bourye to be a decent whiskey, but also one that is an overpriced one-off gimmick. I might feel differently about this one. This is the first Bourye I have liked upon the initial taste and I am a fan of the updated artwork for the bottle. If you’re an avid collector of High West or don’t find risky $70ish bottles of whiskey off-putting then I would definitely recommend this whiskey.

One last side note, I always keep my High West bottles upon finishing the whiskey inside. They make the perfect water carafe to have on hand at home. Keep several and they are lovely items to place water in throughout a party. Easily remove the labels by soaking them in water for a short time.