Why I Order My Whiskey Neat

I order my whiskey two ways. Neat, with a couple drops of water, or if I’ve selected an Abunad’h or something similarly cask strength, non-chill filtered, or gloopy, I’ll add a small splash of water. Although this is right out of the Whiskey Snob Handbook (yep, there’s a book, there are several) my reasoning has nothing to do with the misnomer that mixing good whisky is blasphemous.

Bar patrons are increasingly requesting top shelf whiskey in their cocktails because they are becoming more familiar with it. This is awesome for the whiskey industry and I don’t foresee the spike in sales mellowing within the next twenty years. People who still tsk-tsk mixing top shelf whiskey are dinosaurs. Even though I personally order nothing but whiskey and water, that has more to do with my own neurosis and rejection of trendy craft cocktails.

More on that later.

Jeremy Allen manages Minibar Hollywood, a singular gem that is elegant, boisterous, and just secretive enough to feel cool bringing a first date there. Most pertinently, Jeremy has amalgamated a whiskey selection with serious street cred. I asked him what he thought about mixing expensive whiskey in cocktails.

“There is an undeniable difference a great whiskey can make in a drink,” Allen said. “A Manhattan is cool, tastes good, but a Manhattan made with Willett Rye is alive– and now you’ve turned a drink into an experience.” 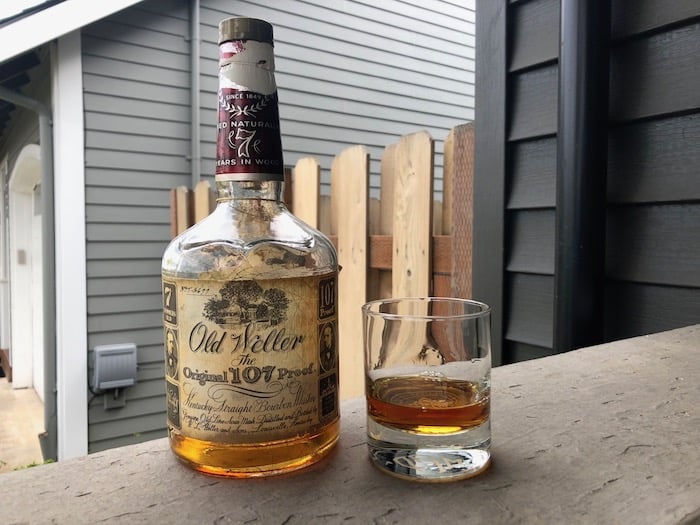 The only way to enjoy whiskey is, logically, however the heck you want. I prefer my whiskey neat, however, for several reasons:

Craft cocktails have been sullied for me since 2011. First, the pretentious bartenders ruined them with their attitudes, mustaches, and delicate tattoos of the Pythagorean theorem and/or the outline of their home state. Then came the wave of new bars that beat us senseless with their predictable “ambiance” until you felt like shouting “Ok! We get it! You’re RUSTIC! I just backed into an antique rooster figurine and probably got tetanus!” These bars all have twee names involving an animal (Polished Goose Ale House, Turquoise Fox Den, Kettle and Wasp!) and they all need to chill out with the mason jars. And how many kinds of bitters do you really need to display?

Then came the restaurant groups, the hoteliers, the consultants running their craft cocktail training programs in sterile chains to luxury lounges, the Drinkstagrammers, the influencers—I am officially sick to death of craft cocktail culture. We have watered down the concept of craft cocktails so much that it now holds as little meaning as the terms “natural ingredients” or “farm to table” or “artisanal.” The formula that everyone feels they need to feature on their drink menu has been popularized, Xeroxed, and bandied about to the point of redundancy. Just a few years ago, the word “mixologist” invoked feelings of creative ingenuity, now it’s only used in contemptuous condescension.

This is why dive bars are so beloved—they are simple, they don’t put on airs. I enjoy the craft-less specials, like a cheap beer and a whiskey. I will never get bored with whiskey by itself. Even the economic well whiskey that tastes like Banana Boat sunblock has something to offer on its own. I don’t need to jazz whiskey up with frothy egg whites or cascading dry ice.

Whiskey will always be interesting just the way it is.

Kathryn Aagesen works in whiskey, and hosts the comedy podcast Incompatible with Kat and Michael, where she reviews a whiskey every week.