In my work as a consultant almost every major whisk(e)y brand presentation I’ve seen in recent memory mentions Millennials. Any brand manager looking to shore up their credentials seems to be contractually obliged to use the word at least 50 times during any important presentation, but it won’t be long until Millennials will be replaced by Gen Z (people born in the mid-90s to the early 2000s). Gen Z make up over 25% of the US population already, and they’ve come of age at a point in time when consumers have more access to whisky than ever before, but more significantly they also have other options like recreational cannabis.

What are distillers doing to prepare for this new combination of consumers that will ultimately decide the future of the whisk(e)y industry? I sought to find out, speaking with a number of well known people in the industry to get their opinions.

Ewan Morgan, Program Director for Diageo’s Reserve Portfolio, had this to say, “There’s an immeasurable amount of work to be done in terms of education and awareness by the general public of legal drinking age. You may think this ‘awareness’ has no direct correlation on consumption but the two are, without question, inextricably connected. Globally, the growing demand for Whisk(e)y doesn’t seem to be slowing or even showing a forecast to plateau any time soon despite the protuberance of other alternative industries.” At a time when it seems like we are reaching “peak whisk(e)y” it’s sobering to hear someone with Ewan’s decades of experience state that there is so much more to do. 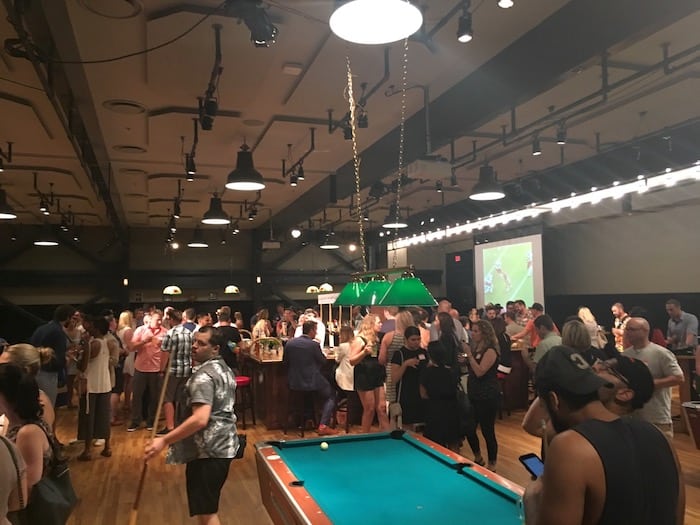 According to Jesse Savage, Bar Manager of the seminal Seven Grand Whisky Bar in Los Angeles, they do. “Working in a single-spirit-focused whiskey bar, the calls for alternative spirits to whiskey can almost border 50-50. We certainly have a lot of fun introducing whiskey to individuals at our bar level, but the industry as a whole has a wonderful amount of room for growth.” It’s worth noting that Seven Grand was one of the first serious whisky bars in the country that cultivated a younger audience back when it opened in 2007 ,and did much to change perceptions of brown spirits with their legendary weekly tastings in the back room, now known as Bar Jackalope.

If Seven Grand LA and its parent company 213 Group (which owns three other Seven Grand bars across the country) still have to win over patrons despite being a prominent whisk(e)y themed bar in operation for almost twelve years, then what does that say about the messaging consumers have received from the industry up until this point? More importantly, what does that mean for new drinkers who are supposedly already primed to choose brown spirits?

“If you start liking whiskey because it comes in a red gas can that caught your eye, cool, but every time I hear a phony baloney story about Grandpa distilling in the basement or whatever, I roll my eyes to the moon. The last thing we need, in this world of fake news, are myths and legends that don’t really hold water,” says Kat Aagesen, who has worked as a Brand Ambassador for both Scotch and American whiskies and is a fixture on the whisk(e)y circuit. It is true than that in an attempt to attract younger consumers some brands have employed bewildering tactics that tend to favor promotion over production which runs contrary to the integrity and trust that is a cornerstone for most distillers.

Kat continues, “I’m not going to kick a whisky out of bed for (its) youth or artificial coloring. I am turned off by labels that are mysteriously opaque. Stop insulting the consumer’s intelligence. Tell us what’s in the bottle, where it’s from and how it’s matured. How hard is that?” How hard indeed? It seems counterintuitive to suggest that the future of whisk(e)y could rely on transparency and traditional brand education (which was considered something of a relic itself not that long ago), but in the current climate it feels like a necessary corrective.

Sam Simmons, known as Dr Whisky as well as being Head of Whisky for Atom Brands, is characteristically optimistic and pragmatic, “I think the future is wide open…if whisky could shake some of it’s preconceptions in the minds of consumers AND have a serve that really worked like Gin & Tonic, we could win over a whole new world of drinkers. Innovation has to be for the benefit of the final beverage, not for the marketing or the headline grabbing.”

As we contemplate the future of whisky and the influx of new consumers something Sam said to me really struck a chord, “Make great whisk(e)y first, tell us how you did it after.”

Regardless of what cute nickname we give successive generations of consumers this simple maxim will stand the test of time – make the best liquid you possibly can then spread the word again and again and again. Trends will come and go, new social media outlets will appear, other consumer options will become available but the human connection to whisk(e)y will continue well into the future provided we keep educating people about it.

I’ll leave the last word to Ewan Morgan from Diageo, “It’s basically comfort in self-knowledge, its human nature at its most base, primal level, the more people understand the detail and minutiae of what makes a brand special or unique the stronger an advocate they become.”

472
Shares
1.7k
Views
Share on FacebookShare on TwitterGet Our Newsletter
Get The Macallan® Rare Cask at ReserveBar. Shop now!