When the gavel fell, a price of $15,000 was fetched for a rare, numbered bottle of Van Winkle Family Reserve 15-year from the 1990s, with its distinctive dripping red wax, breaking a record for that particular bottle at the recent Art of Bourbon auction in Kentucky.

“The red wax collection of Van Winkles is highly collectable and they don’t come up often,” said Fred Minnick, who curated the Speed Art Museum’s fourth annual auction, in a prepared statement. “This sale proves that the Art of Bourbon is a serious place for bourbon lovers.”

This special bottle was joined by several others in the auction as the Speed Art Museum raised nearly $150,000 in all from this year’s event. All proceeds support the museum’s education programs and exhibitions. 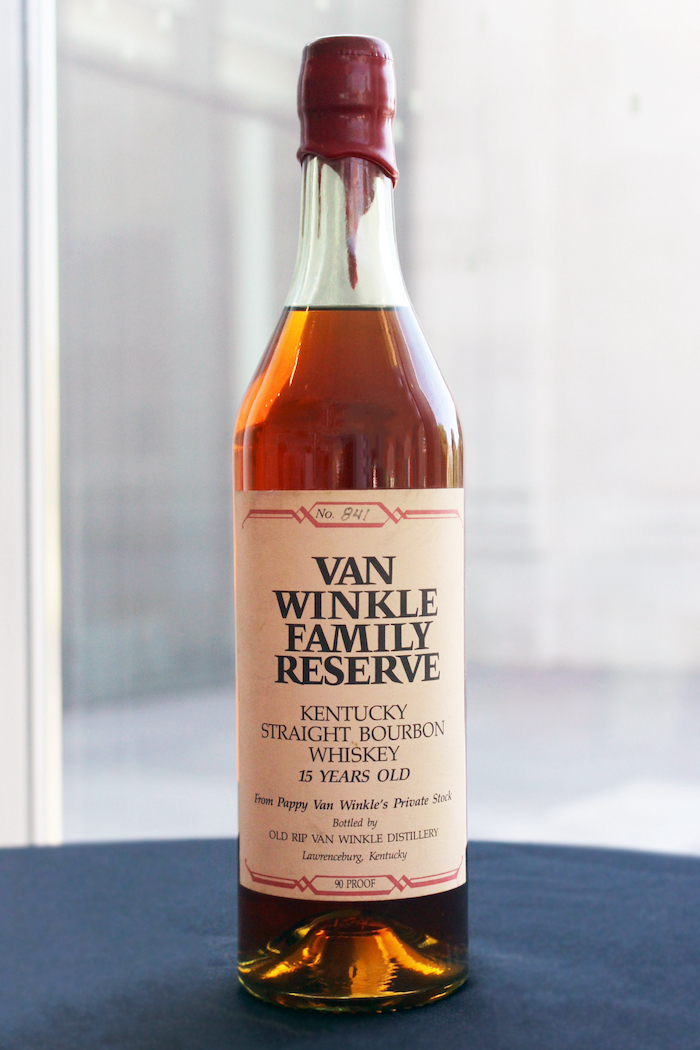 “The auction also serves as a trend spotter for what’s next, and the incredible movement on Rabbit Hole and Barrell’s experiences showed these two relatively new brands are capturing the hearts of bourbon fans, while Maker’s Mark once again proved its experiences are highly sought after,” Minnick noted.

Hard-to-find whiskey or exclusive experiences that showed well at this year’s auction:

Auction organizers marked the successful event by expressing gratitude to the generosity of the Kentucky distillers, bourbon barons, and the tight-knit network of bourbon collectors, many of whom have close ties to the museum.

Tom O’Grady, a Louisville-based executive and longtime bourbon collector who also serves on The Speed’s board of trustees, was the donor behind that Van Winkle Family Reserve bottle.

“I love donating to The Speed’s auction. It’s the perfect opportunity for my passion for bourbon to align with my ongoing support of the Louisville arts community,” O’Grady said.

Recognizing that Pappy is always an auction darling, Julian P. Van Winkle III, Pappy’s grandson and a third generation whiskey maker, donated several prized Pappy’s, including a Pappy bottle each of 15-year and 12-year, lot b from his personal stash. “Making sure Pappy is included in this year’s auction supports this worthwhile cause,” he said.

The Speed Art Museum is Kentucky’s largest art museum. Its mission is to “invite everyone to celebrate art forever.” It is an independent and encyclopedic museum located on the campus of the University of Louisville. In 1927, Louisville philanthropist Hattie Bishop Speed founded the Speed Art Museum with a belief in the power of art to change people’s lives.