Three Whiskeys to Snap You Out of the Summer Doldrums

There’s a lot to like about summer: ice cream, long weekends, late evening backyard cook-outs in the fading light. But come August, my mind starts to wander to other seasons—seasons without constant sweating, mosquitoes, and the pervasive aroma of sunscreen in every fiber of every piece of clothing you washed with the shirt from that canoe trip earlier in the year, way back when you were still excited about summer.

It’s the August doldrums. I know I’m not the only one who has them. Symptoms include cranking the air conditioning to 65 and roasting a chicken over rosemary potatoes for dinner, or gazing wistfully at those cozy boots and sweaters tucked away at the back of the closet. And, peering over the front layer of cocktail whiskeys and blended Scotch that’s accumulated at the front of the whiskey cabinet to those missed bottles at the back, the cask-strength bourbons, the peaty bruisers, the sherry-laced bottle of something from the Highlands you brought out after Thanksgiving last year.

Of course, there’s nothing that says you can’t drink those whiskies now, even during the sticky depths of late summer. But I think this might be the perfect opportunity to take a slightly different tack, one better able to combat the ennui of late summer: pick something new. There’s no time like the present to delve into a category you’re not terribly familiar with, to try something different, or to give something you once wrote off a second look. It just might snap you out of that heat-induced funk. 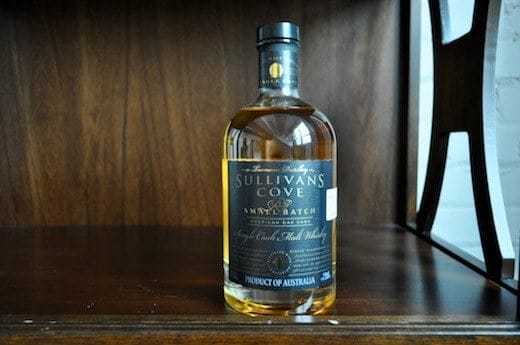 All the way down in Tasmania, Sullivan’s Cove is making some truly delicious whiskies, including a French oak single malt that picked up World’s Best Single Malt Whisky in 2014. Sullivan’s Cove whiskies are not easy to find, and if you do find one, they’re not cheap, but few other whiskies deliver the same combination of true deliciousness and novelty value.

Like bourbon? Like rye? Can’t decide? Try Bourye, High West’s hugely popular blend of straight bourbon and straight rye. Both of the whiskeys in the bottle come from MGP, and they’re aged 10 to 14 years, making them among the oldest MGP juice currently on the market today.

If you haven’t gotten on the Kavalan train yet, there’s no time like the present. Made in Taiwan, a place with enough heat to give anywhere in the U.S. a run for its money, Kavalan has transformed the whisky industry’s ideas about what Asian whisky can be. While young, it’s bold and full-flavored, with big notes of tropical fruit and a firm oak texture.