These Are The Good Old Days Of Whiskey

I woke up recently with the lyrics to “Anticipation” running through my head.

We can never know about the days to come

But we think about them anyway.

And I wonder if I’m really with you now

Or just chasin’ after some finer day.

And then I thought about an old friend…Elijah Craig. I’ve known Elijah since he was 12 years old. We were good friends back in those days, went everywhere together. For a time, he was my best friend, and I introduced him to a lot of other folks, and he made friends wherever he went. He was our guy!

But I grew, and made more friends, like Elmer, and Booker, the Russell boys, and I went to George Brown’s birthday party, and had cigars with Pappy Van Winkle. I saw Elijah less often, and when I was with him, well…I was wondering about my real thoughts, like Carly. Was I even with Elijah, or was I really just thinking about chasin’ after some finer bottle? 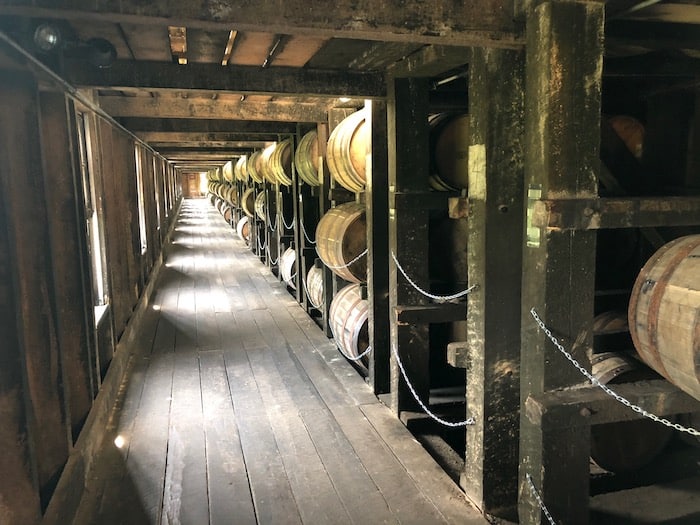 Now that I’ve gotten even older, well, I haven’t seen it all, but I’ve seen things change. Everyone sees it, but the thing most people fixate on are the prices, and the idea that whiskey’s somehow not as good as it was. Forget the prices: when more people want something, and you can’t make more in the next six months, the price goes up. The throttle’s wide open on that, even now, so get used to it, and the secondary market that comes with it.

But is the whiskey “not as good”? The whiskey’s different. My buddy Elijah certainly is; he’s got a new bottle, and a fancy new price…but he’s also got an interesting new personality that changes with every release. There are so many other things that we’ve gained for that increase in price; let’s look at a few.

There are a ton of new whiskeys now. Craft whiskeys populate the shelves and line the roads. I drove two hours in deeply rural Pennsylvania last fall and saw four places touting their gin and moonshine (yummy!). Many of the new craft whiskeys are of questionable quality, sure, but the overall quality has improved tremendously in the past five years.

That’s what most people go to when we talk about new whiskeys, but there are hundreds of new whiskeys from established distillers! Different ages, different wood finishes, different mashbills, completely different grains, everything is open to experimentation. Something I find even more interesting is the distillers who are researching old techniques, old recipes, old ideas, and finding some great flavors.

Sure, there are some clinkers, some bad bottles that make you wonder who green-lit some of these ideas. But for every one of those, there are at least three or four truly interesting and legitimate bottlings, and maybe one in ten of those is just exceptional.

Then think about what we do with whiskey these days! I was a bartender in the 1980s, and it was a grim, dim time. Manhattans, whiskey sours, and Jack and Coke, over and over and over again. There was one customer I treasured, because he had very definite ideas on how he wanted his Old Fashioned made that were very different from how my boss made them. Only Old Grand-Dad for him, with no fruit mashing, a scant teaspoon of bar sugar, a splash of branch water, and a light stir, with a thin, fresh-cut orange slice for garnish. Imagine: that was exciting.

Now I go to bars that serve a dozen different variations on the Manhattan, Sazeracs with actual absinthe, whiskey sours with stingingly fresh lemon juice. Whiskey is offered neat, and not in a brimming shotglass with a pale, fizzy beer back. Hell, even the lowly boilermaker has gone upscale, and bars that used to carry 30 flavored vodkas and three whiskeys – usually Jim, Jack, and Johnnie – may have a wild profusion of whiskeys, and bartenders who can discuss them lovingly.

When I first started drinking whiskey, tours were hit and miss. Not every distillery offered them, and with only a few exceptions, they were more like lectures than actual tours. Merchandise would be a selection of two t-shirts, some glassware, and maybe a hat.

Now you’ll have a full experience, quite possibly in a model distilling facility that was built with tours in mind. You’ll walk through the whole sequence, maybe even tasting as you go. You may talk to an actual distiller, and have a chance to ask questions. And when it’s done, you’ll have an astonishing array of stuff to choose from for souvenirs, and almost certainly a selection of actual whiskeys. It’s like Disney World.

If there isn’t already a whiskey club in your town, in your area, starting one is ridiculously easy. I put up a notice on Facebook in February to start a whiskey club in the Lehigh Valley; we managed to get a meeting (with 25 people) in before the lockdown, and we have over 200 members. Members exchange opinions, bottles, information, cocktail recipes.

And of course, there are plenty of great resources in print. There are whiskey books, blogs, podcasts, livestream videos, and increasingly professional whiskey television shows. You can learn so much about whiskey now, things we had to guess at (and often got wrong, as I recall).

Which is why I find myself singing the end of Carly’s song to myself.

So I’ll try and see into your eyes right now

And stay right here ’cause these are the good old days