The book comes from the people behind The Dead Rabbit bar in New York City and is published by HarperCollins. 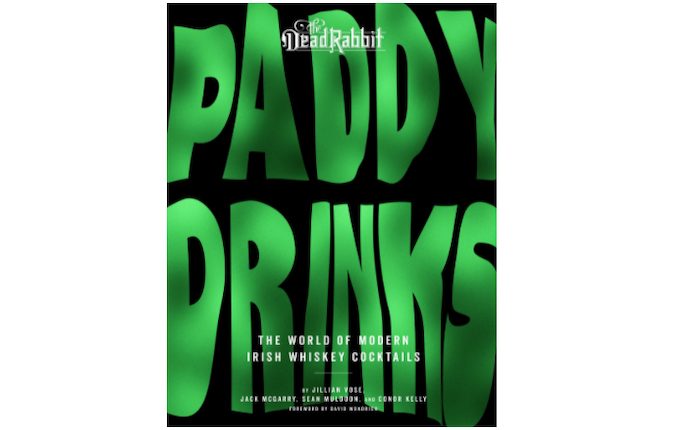 The cover of Paddy Drinks: The World of Modern Irish Whiskey Cocktails (image via HarperCollins)

Bar experts Jillian Vose, Sean Muldoon and Jack McGarry are said in this book to be “reclaiming the term ‘Paddy.’” The pair is working to make great whiskey cocktails into the 21st century.

The book starts with an illustrated guide of the stages of production and the differences between the various types of whiskeys, flavor wheels and tasting notes. Readers can create their own drinks utilizing a variety of Irish whiskey brands and styles.

Paddy Drinks includes what’s described as 90 innovative cocktail recipes that have been featured at The Dead Rabbit over the years. David Wondrich, a well regard expert on cocktail history, wrote a forward for the book as well.

The Paddy Drinks book will be sold for $28 for 288 pages. Author Vose, the beverage director and a managing partner at The Dead Rabbit in Lower Manhattan, was named one of the 10 Best American Bartenders 2017 and top 4 in 2018 & 2019 in the Spirited Awards at Tales of The Cocktail.

Muldoon, co-founder and managing partner of the Dead Rabbit in New York City and formerly the bar manager of the Merchant Hotel in Belfast, also wrote the book. The Dead Rabbit is the expression of Sean’s lifelong dream to combine sophisticated cocktail service with the rich tradition of the Anglo-Hibernian pub.