Blend No. 33, DIGITS Bourbon Barrel Aged Black Tea, is described as an “all-star” partnership with NBA legend and former Chicago Bull Scottie Pippen. Together, they have made a barrel-aged tea finished in bourbon barrels that held Scottie Pippen’s own DIGITS Bourbon. The new tea is available online at SmithTea.com.

DIGITS Bourbon Barrel Aged Tea, suggested retail price of $34.99, is a blend of three black teas aged for five months in charred oak bourbon whiskey barrels, after which the tea is blended with coconut, cinnamon and vanilla. It uses full-leaf black teas Assam, Ceylon and Keemun, known as “the whiskey of teas.” 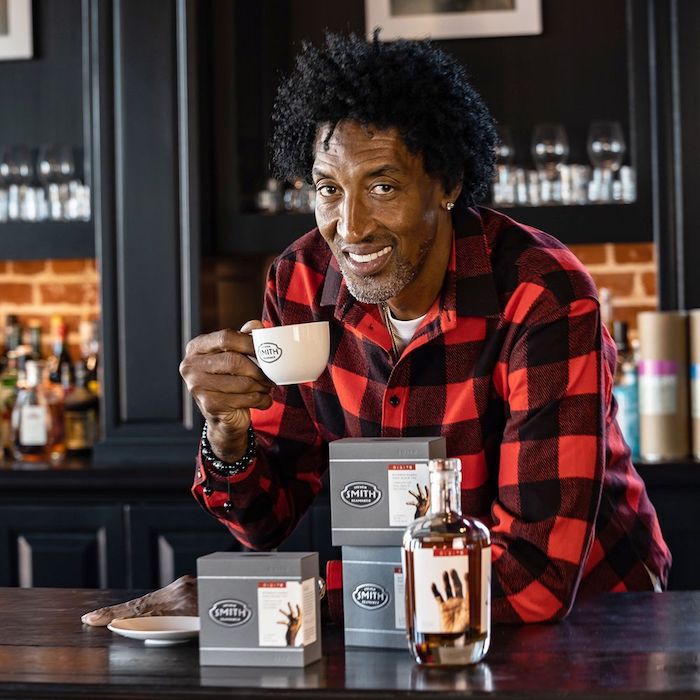 “This collaboration brings together two of my favorite beverages, tea and bourbon,” Pippen said in a prepared statement. “The tea makers at Smith were inspired by the flavors of our bourbon when crafting this barrel aged tea blend and the end result is smooth and easy to drink, just like DIGITS. I enjoy a cup in the morning, and like it with a shot of DIGITS bourbon to finish out my evening.”

Pippen launched DIGITS bourbon in the summer of 2021 in collaboration with Dave Phinney, proprietor of the distillery Savage & Cooke. When DIGITS bourbon was released this summer, 5,000 cases sold the first two months. Phinney has a deep connection with tea, having spent some of his childhood in Bristol, England, drinking it since the days of his youth.

“Much like wine, in tea I look for complexity and weight,” Phinney said. “DIGITS Bourbon Barrel Aged Tea is rich and complex, savored hot by the cup, with a shot of bourbon, or mixed into a cocktail. It showcases all that tea can be.”