Why Is Scotch Whisky Peated?

Ah, peat. Perhaps no other flavor in whisky is quote as polarizing. Love it or hate it, peat is a distinctive flavor of many world whiskies, but the region it’s most closely associated with is Scotland.

To understand why Scotch whisky is flavored with peat, it helps to know a little bit about the substance itself. Peat is made when organic matter decays anaerobically in a water-saturated environment over a long period of time—often thousands of years. Scotland has a lot of peat because it has a lot of bogs, mires, and wetlands, which are the perfect setting for peat accumulation. In some parts of Scotland, peat deposits are several meters thick, and millennia old. 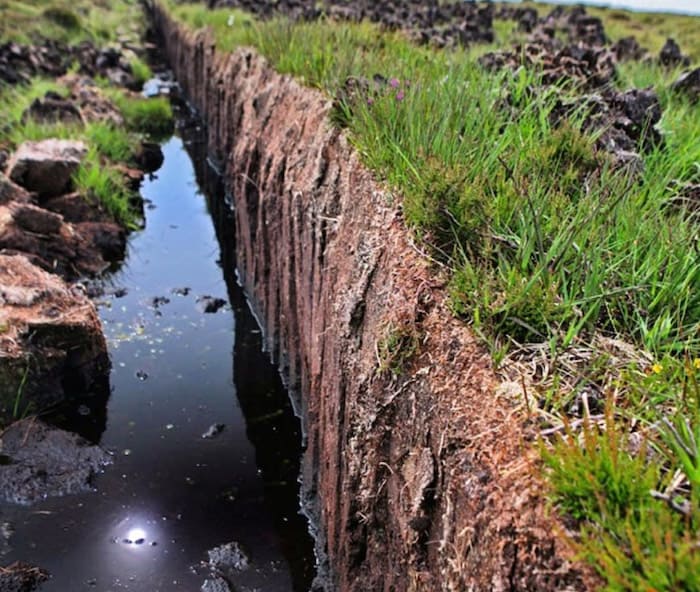 Before peat was used in Scottish whisky production, it was used as an all-purpose fuel. Much of Scotland (including Islay) lacks extensive tree cover, so early Scots cut blocks of peat from bogs, dried it, and used it to heat their homes and cook their food in lieu of wood. When Scots began making whisky in earnest, they used the fuel at hand—peat—to dry and kiln their malted barley.

Of course, burning peat doesn’t just produce heat: it also generates a unique, medicinal odor called “peat reek.” Barley dried over burning peat acquires that reek, and imparts it to the finished whisky. That means many early Scotch whiskies were peated not for stylistic reasons, but by necessity. Over time, consumers began to associate that distinctive tang with Scotch whisky, and the style was crystalized.

Today, modern Scottish distillers have access to barley dried over neutral heat, but many opt to work with peated malt to carry on a tradition that began from necessity. Scottish distilling tradition has influenced many other regions around the world, leading some Japanese, American, and Australian producers to emulate them by using peated barley, too.

Love peated whisky? Join us on our upcoming trip to Scotland! This September 2-9, we’re partnering with Customized Journeys to visit some of the peatiest places in Scotland, including Bowmore and Laphroaig. Check out the details here.