Thanks to the global craft distilling revolution, we live in a lucky age with so many available styles, flavors and variations of whiskey. For most wine drinkers wishing to pair food with their favorite drink, there’s no difficulty to find an association revealing both meal and wine flavoring.

Whiskey, and especially bourbons, can relay wines in some pairings not so much obvious and can challenge with wines when sipped neat or added to with some water or ice, allowing to soften the drink. You may say whiskey lacks those food flavors born of fruit or acid, but when flavors are considered, bourbon whiskey notes range from smoky to caramel tones through honey to vanilla that will allow you a perfect ending to your diner. 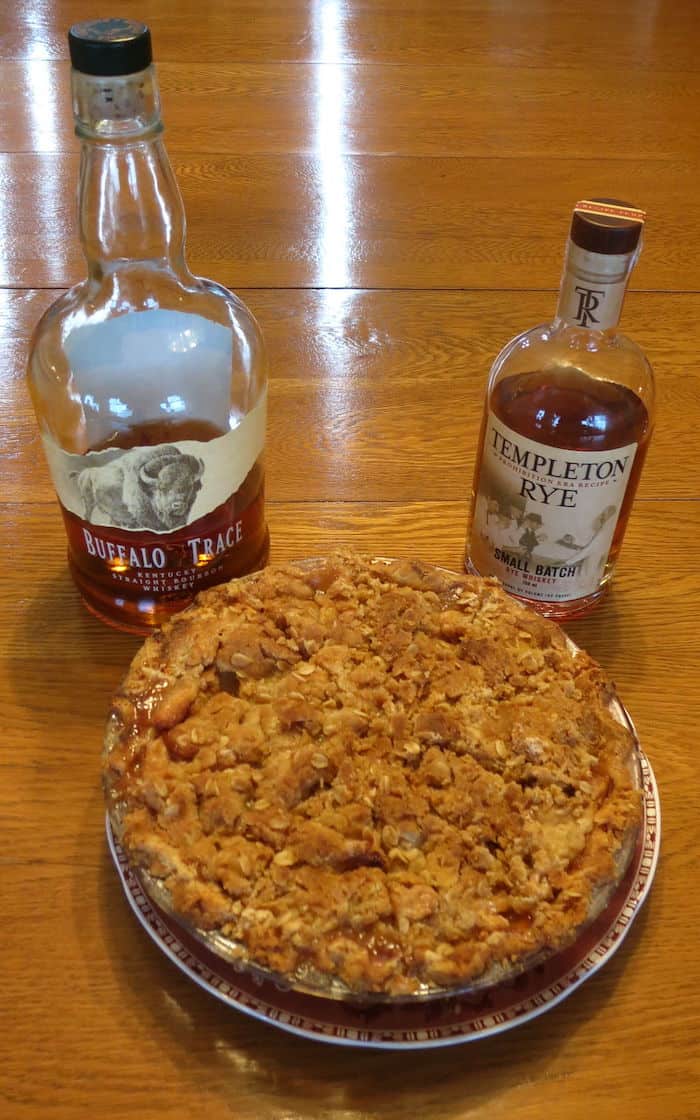 Though darker is not always better, vanilla, oak, smoky notes, tannin and alcohol strength support very well the strong aroma of dark chocolate. A perfect tunning of flavor arises both from chocolate and bourbon because bourbon boasts sweet aromatics found with chocolate. A dark chocolate cake, for example, will be paired nicely with Blood Oath Pact No. 4 bourbon whiskey, bringing strong oak and vanilla notes with chocolate hints.

Chocolate mousse with a pinch of salty taste will give to a sip of bourbon more savory and spicy notes. This dessert complements the spirit characteristics by elevating the bourbon’s toasted hints and dried fruit notes. Bourbon sticks as well to a dessert made using red fruits and chocolate like with ‘Forêt Noire’ – Black Forest Cake – in this case working well with the port cask-finished Angel’s Envy that’s full of vanilla, roasted nuts, cocoa and baking spices or with Jura 10 years, developing light floral notes mixed with creamy and light green apple and nutty hints.

An orange scented chocolate dessert can fit some Scotch whisky having citrus notes, such as with Benromach 10-year-old Scotch that expresses its lemon and faint caramelized sugar grain smells. Another chocolate dessert like a dark chocolate soufflé perfectly pairs with the Macallan Sherry Oak 18-year-old. It smells of orange and zesty hints mixed with spicy touches.

Cooked, stewed or baked apples originating in so many apple-based desserts will complement and enhance a good bourbon whiskey. Standard spicy additions of cinnamon in apple desserts will complement a rye-based bourbon. It will bring plenty of complementary spicy tones like those of black pepper, cinnamon and ginger not found using wines. Booker’s Bourbon and apple pie, for example, seems to go perfectly when brown sugar and caramel notes of the pie are mixed with the vanilla and butterscotch of this full-bodied bourbon, allowing a mellow pairing.

Worth to note : cheesecake and ‘crème brûlée’ are full of vanilla notes mixed with toffee and butterscotch hints that will perfectly complement a neat aged whiskey or unaged corn-based spirit served on the rocks. Furthermore, milky and buttery tones will stun anyone who likes to pair this dessert type with a whiskey.

A wheated bourbon with sweet aromatic tones like Rebel Yell root beer whiskey gives yummy tones with this dessert type. Or coming from Ireland the Tyrconnell 10-year-old single Malt Madeira Irish whiskey with its nose is reminiscent of red fruit with a dry finish, headed by notes of cocoa and caramel.