Grilling, barbecue, cooking out. Whatever you call it, this is its high season, the time when even the most tentative of grillmasters dust off their Webers and wonder whether there’s any coal left in the garage from last year’s Labor Day get-together.

Cooking over open flame and drinking whiskey are elemental pleasures. They’re each delightful on their own, but they’re even better when enjoyed together, rocks glass in one hand, tongs in the other. Pairing whiskey with live-fire foods? That’s an endeavor worth spending the longest days of the year on. Here are four surefire combinations to get you started, but think of these ideas as a starting point, rather than a ceiling. 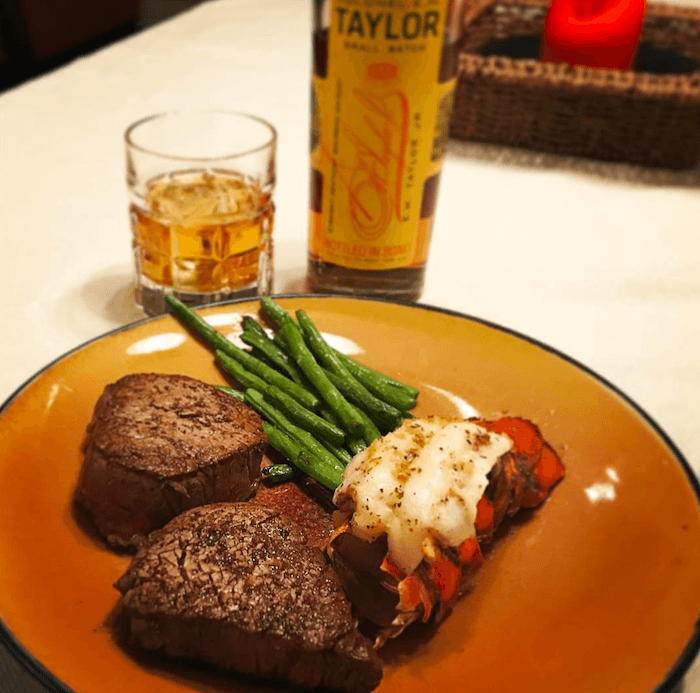 Scotch and seafood is a classic combination. Grilling that seafood adds another dimension of smoky flavor that interacts pleasantly with the similarly smoky flavors of peated Scotch. Try pungent Caol Ila with simply grilled shrimp, or richer Lagavulin with sweet scallops.

Bourbon with saucy ribs and elotes

Bourbon is, of course, made primarily from corn, a crop that comes from Central America and is indelibly associated with New World cuisine. So it’s no surprise that it pairs beautifully with elotes, the Mexican dish that slathers grilled corn with mayonnaise, lime, cotija cheese, cilantro, and chili powder. It’s also great with sweet, saucy St. Louis-style ribs, cooked low and slow until they’re meltingly tender. The bourbon’s zip cuts the sweetness of the ribs and the richness of the elotes, and the triad of sugar, corn, and spice plays an undeniably satisfying chord.

Read More Whiskey News
How to Do A Virtual Whiskey Tasting

Irish single malt is often fruity and grassy, with a luscious sweetness and mouth-filling malty flavor. Lemongrass-marinated chicken thighs give Irish malt a fine foil, providing a citrusy, spicy contrast to the honeyed richness of the whiskey.

Full-bodied rye is one of the whiskeys to stand up best to the juicy, fatty, beefy deliciousness of a well-marbled steak. Look for prime beef, if you can get it (Costco can be a source), and choose a cut like ribeye or Delmonico. Dust the thing with salt and pepper, grill, then pour yourself a good three fingers of rye and settle into the Adirondack to watch the sun go down.