Cardinal Spirits out of Indiana recently unveiled its latest offering: Bourbon Cream Soda in a can. The canned cocktail is now available in Bloomington and Indianapolis, Indiana, with more locations on the way.

This Cardinal Spirits Bourbon Cream Soda will seemingly remind customers of the fizzy cream soda from their childhood. It is a grown-up version that looks to be rich, lush and balanced. The 8.5% RTD is made with Cardinal Spirits Straight Bourbon Whiskey, real Madagascar vanilla beans and smooth cream soda. 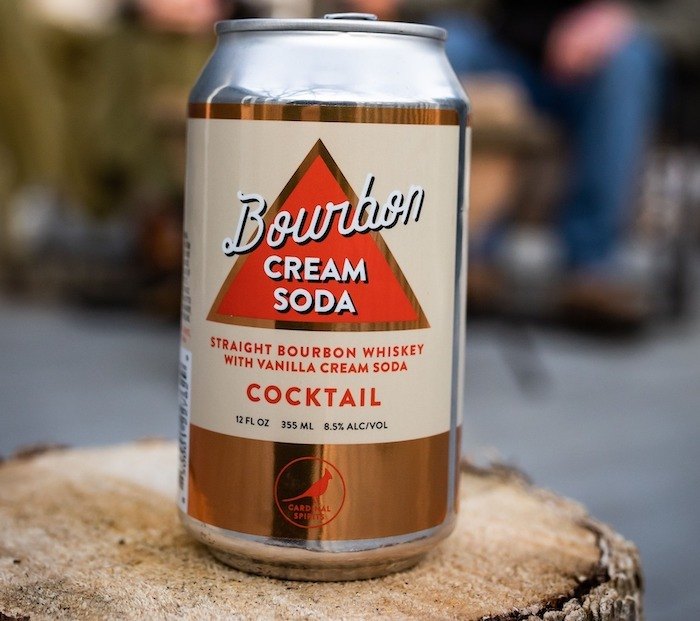 The Bloomington-based distillery makes vodkas, gins, rums, liqueurs, and canned cocktails, and distributes them in 12 states and Washington, D.C. It is known for sourcing “real-dea”l botanicals, fruits, and spices, according to its website. The distillery never uses bottled extracts or flavorings and sources local ingredients like grains and honey whenever possible.

The distillery has a tasting room, cocktail bar and restaurant and offers distillery tours. Due to COVID-19 they are only open for carry-out sales of spirits and cocktails.