In 2020, the largest private whisky collection in the world came to auction, amassed by a whisky enthusiast who had more than 9,000 bottles in his historical collection.

So far, 6,287 bottles have been sold by Whisky Auctioneer, one of the world’s leading online platforms for buying and selling whisky and spirits at auction.

Known as ‘Pat’s Whisk(e)y Collection’, the final bottles are on sale now until Nov. 22nd.

Inspired by Pat (just Pat) and to mark the end of this historical collection, Whisky Auctioneer ran the world’s first “Summit of Collectibility,” bringing industry leaders and experts together to pioneer a discussion around modern collectors and the future of whisky within the secondary market. 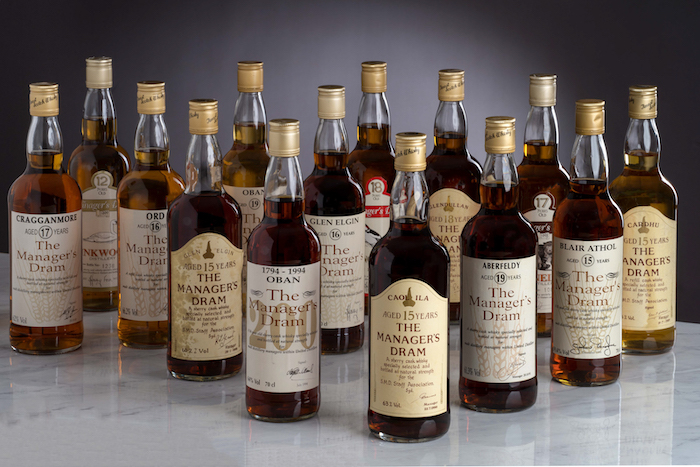 Known as ‘Pat’s Whisk(e)y Collection’, the final bottles are on sale running until 22 November. (image via Whisky Auctioneer)

The event was hosted by journalist Alice Lascelles, who currently writes for The Financial Times and who has been a key commentator in the drinks industry for the past 20 years.

Lascelles navigated a discussion on the history of collecting, what it means to be a collector, and the future of whisky collecting while drawing on the panelists’ expertise. Summaries drawn from the Summit surrounded the growth of American and Irish whiskey within the secondary market, the importance of direct contact between distilleries and their consumers, and the importance of reaching new generations of whisky drinkers.

Whisky Auctioneer’s Joe Wilson said in a prepared statement, “Pat’s story, along with other collectors that we’ve worked with in the past, inspired us to hold the world’s first Summit of Collectibility. The Summit was an opportunity to discuss changes in the secondary whisky market, look at how collecting has evolved over the years, and what the ‘modern day’ collector looks like.”

Wilson said that Whisky Auctioneer sees around 8,000 bottles pass through their auctions each month, and that lends an insight into the trends and patterns of how customers are engaging with large collections like Pat’s.

By bringing industry experts together, they wanted to dig deeper into these patterns, interrogating what makes a bottle desirable on the secondary market and the psychology behind collecting.

“The Summit was an excellent opportunity to hear first-hand from Pat, who has crafted one of the most varied collections of all time,” Wilson said. “It’s this variety and accessibility that sets his collection apart from others, cementing him in history as a modern-day collector and a voice of authority when it comes to collecting for everyone.”

Pat, the collection’s owner, said it’s been emotional watching the components of his collection being auctioned off over the past year, but it also reaffirmed the significance of the wide range of whisky styles, from single malts to grain and blends, that he’s collected over the years.

“Whisky Auctioneer’s Summit of Collectibility gave me a chance to impart a little of the knowledge gained from my experience as a collector and to discuss with the esteemed panel what’s next for the whisky auction market,” Pat said. “I hope that the legacy of this collection proves that anyone can collect whisky and that good whisky can be discovered anywhere and come at any price.”