Cigars and bourbon are, for many, a natural pairing. Now, Texas-based Garrison Brothers is taking it one step further by creating a new line of small-batch, bourbon friendly (including one that’s infused) cigars in partnership with Payne-Mason, one of the country’s largest cigar manufacturers.

Officials from Garrison Brothers and Payne-Mason recently described the custom line of cigars as “100-percent handmade by Payne-Mason’s Cuban master rollers.” And the custom package of cigars includes one bourbon infused Flagship Cigar, along with three additional, non-infused cigars, blended specifically to pair with the characteristic of Garrison Brothers’ four different bourbon expressions. 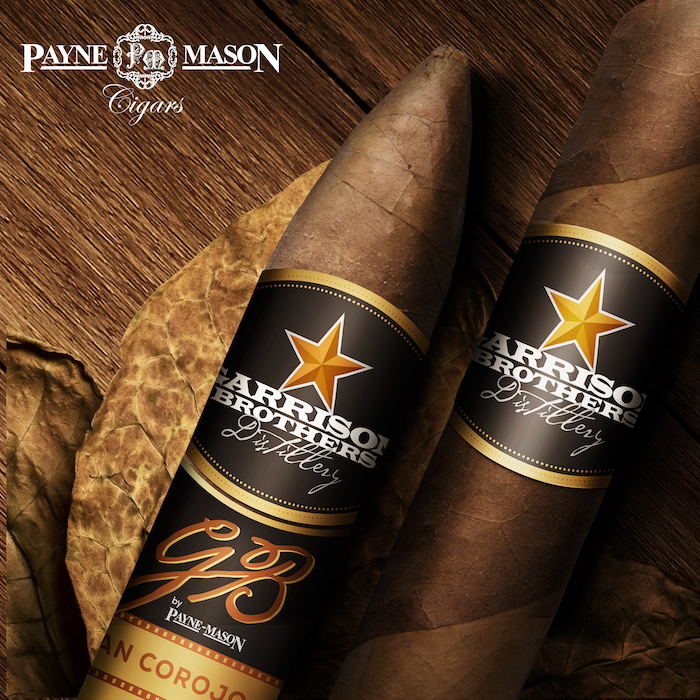 It completes its aging process in used four-year old empty small batch bourbon barrels resulting in what’s described as an aromatic experience with notes of nutmeg and vanilla on the nose, rich vanilla white cake on the pallet, with soft bourbon influence. This cigar is intended to be paired with Garrison Brothers’ small batch bourbon.

The new line is rounded out with the “Toros,” which are individually paired with specific Garrison Brothers bourbon expressions.

Tincher explained that the “Toro Golden” is smooth and creamy with a nutty finish in a five-year-aged Connecticut Shade Grown wrapper. The mild-bodied cigar is paired with Garrison Brothers’ HoneyDew bourbon.

The “Toro Barber” is slightly spicy, complex and nutty and features a combined five-year-aged Connecticut Shade Natural wrapper and six-year-aged Dominican Corojo wrapper. The medium-bodied cigar is meant to be paired with Garrison Brothers’ single barrel.

The “Toro Maduro” is meant to accompany Garrison Brothers’ Balmorhea. The full-bodied cigar offers a complex character with a smooth chocolate and coffee finish and a dark eight-year, naturally aged, rich and oily Maduro wrapper.

The distiller and cigar maker noted that a portion of the proceeds of these cigars will go to “Good Bourbon for a Good Cause,” a public charity founded by the employees and owners of Garrison Brothers Distillery to support veteran’s causes, Texas parks and open spaces, and healthcare and support for furloughed hospitality industry workers.