Control States And Their Influence On Your Whiskey Buying

If you haven’t had the pleasure of trying to buy a spirit such as whiskey in a liquor control state, a few mental images might come to mind.  Many tend to think of draconian laws, put forth by mobsters with political influence.  Made-Men laughing in poorly lit, smoke filled rooms, with stacks of cash lining the tables.  All while a ‘Don Vito Corleone’ type figure eats cannolis while deciding on who gets product, where product goes, and how much it sells for!  OK, it’s not quite like “The Godfather,” but control states are confusing, so, let’s clear a few things up.

Why do we have control states?

After the federal government’s failed attempt at nationwide prohibition, most states were more than happy to see government step away from the liquor business, and hand it over to the private sector.   However, a handful of states decided to make themselves the main benefactor of all the liquor sales – these states are called control states.

There are two types of control states – those that act as the sole wholesalers (Maine, Vermont, Ohio, West Virginia, Michigan, Iowa, Mississippi, Montana, Wyoming, Oregon); and those that own and operate the liquor stores (Alabama, Idaho, New Hampshire, North Carolina, Pennsylvania, Utah, Virginia). 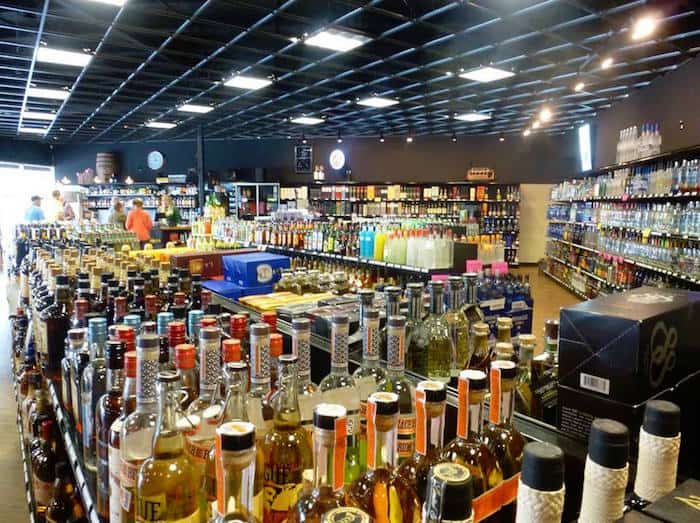 What could go wrong?

There are 17 control states, all with different rules, but simple goals…. (1) sell liquor, (2) make money!  Shockingly, government, booze, and money, are not the best mixture for making good decisions, and some states suffered from the following: poor customer service, higher retail prices, limited selection(s), little supplier support, cross border sales and uneducated and uninterested staff.  Control states were expected to run like Fortune 500 companies, and therefore they cut cost, increased margins, and took advantage of the fact that there were no real options for the consumers.

It didn’t take long for residents of some states to cry foul and push for the privatization of the liquor industry.  Washington State did so in 2013 after fed-up voters passed Initiative 1183, forcing the state to surrender its monopoly on sales of spirits.

Five years later, this decision has fallen to mixed reviews.  Privatization cleared the way for Casco, BevMo, and Total Wine & More to rush into the state and, in many cases, crushing the existing ‘little guys.”  Plus, prices went up on average, not down!  Brands like Absolut Vodka took an initial average increase of 21% and Crown Royal jumped 18.1%.

While Washington relinquished the management of the liquor industry, letting go of the profit was a bit harder to do. Washington State imposed a 17% fee on retailers and producers, stifling private gains in the process.  Alabama is most likely next on the road to privatization, and they should take notice to Washington’s success and pitfalls.

After the science experiment in Washington State, other control states took notice, got wise and elevated their game.  Believe it or not, government, money, and booze can work!  Some control states are even thriving, such as New Hampshire.

A shining star of the control state model, New Hampshire offers low prices; no sales tax; huge displays; stunning stores with incredible selections; an easy to use customer web-page; profit transparency and they support good causes!  New Hampshire gets it!  Taking advantage of the hordes of vacationers on their way to Maine, the New Hampshire Liquor Outlets are an oasis for those into distilled spirits.

New Hampshire also great for small craft brands to compete.  In a recent conversation with Ben McHugh – Owner of Stone Fence Beverage, a craft spirits broker for New Hampshire and Maine, I asked Ben how it was working with New Hampshire liquor stores. He told me “to understand how New Hampshire works, the most useful analogy I’ve come across is to think of them as a giant 72 store chain. In fact, if you were to take the state’s yearly GP numbers and compare it to other spirit and wine chains, it would be the 5th largest liquor and wine chain in the county.”

He also says; he loves the New Hampshire system because “in New Hampshire you are typically dealing with one single liquor buyer for the entire state.”

There’s plenty of success within control states. Maine, for instance, has found balance in their system.  Maine’s wholesale arm, “Maine Spirits,” is a terrific partner to Maine’s ‘Privately Owned’ retail stores; showing how state and the private sector can achieve harmonious growth together.

The fact is that no “one system” is better than the other Open or control, it’s what you make of it!  Success seems to be about listening to the consumer, adapting, innovating, and evolving.

Michael has been in the wine & spirits industry since 2004, and helps restaurants with their beverage programs as a Sales & Whiskey Specialist for RSVP Discount Beverage in Portland, Maine. Michael also is the managing director for Man & Oak, a whiskey education and event company in New England.