Column: You Might Be A Whiskey Proof Whore If…

Have you ever publicly declared that you “don’t drink anything under 100 proof”? Or that “if it’s not cask strength, it’s not worth drinking”? You might be a proof whore.

Do you presume aloud that a special release bottle “would have been better at a higher proof”? Then you might be a proof whore.

Barrel proof, cask strength, and barrel strength labels are all synonymous. Defined by the ATF in Ruling 79-9, a barrel proof designation “indicates that the bottling proof is not more than two degrees lower than the proof established at the time the spirits were gauged for tax determination.” Basically, consumers are able to experience the whiskey as if it were straight out of the barrel minus the trek to a warehouse. For American whiskeys, this usually implies a proof higher than its entry proof, as aging in the warm climates of Kentucky and Tennessee tends to result in the evaporation of water. 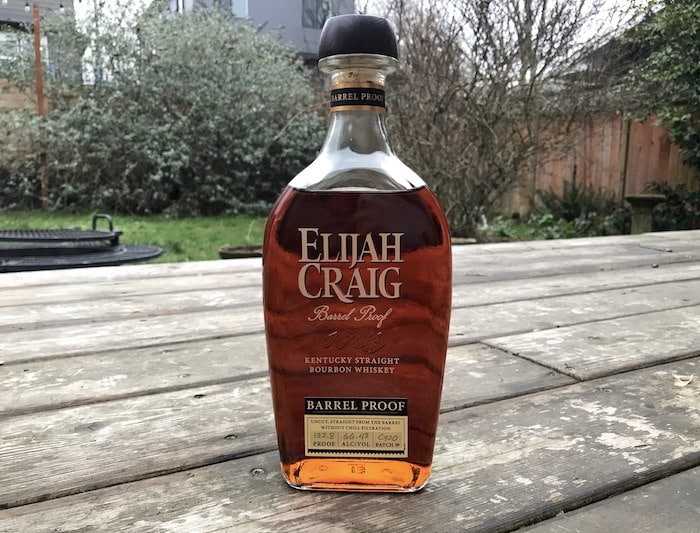 In the majority of mainstream bottlings, water is added back to the whiskey after aging, lowering the ABV to a manageable 40-45% alcohol for flagship brands. (Think Jim Beam Black, Jack Black, and Buffalo Trace labels.) Whiskey for the masses, these lower proof bottles allow the whiskey to go a bit further, have a lower price point, and a broader appeal. But many whiskey enthusiasts have jumped on the high proof bandwagon and refuse to get off.

“Villain, be sure thou prove my love a whore!”

In an already crowded field of chest beaters, proof whores are getting louder by the day. Barrel proof whiskeys are in especially high demand. They often come in the form of a single barrel selection, although there are a growing number of regular offerings available. Booker’s Bourbon was one of the first modern barrel proof bottles, making its debut in 1988. Elijah Craig Barrel Proof, Jack Daniels Barrel Proof Rye, Wild Turkey Rare Breed, and Stagg, Jr. are all popular and highly sought-after bottles in the category. Ranging in proof from the low 110’s to the high 130’s, they are substantially stronger than their 80 or 90 proof brand mates.

Booker Noe himself is known to have added ice and water to his Booker’s and to have suggested others do the same. I’ve had occasion to have pours with a great number of the old guard of bourbon’s master distillers and none of them drink a high proof whiskey neat. Scientists have proven that whiskey is more aromatic and therefore more flavorful with added water. Common sense shows us that 135 proof whiskey dulls your palate. Why then, has the obsession with these taste bud busters proliferated?

“I think people miss sometimes that the theoretical main benefit of selling a bottle at high proof was supposed to be that you could add the water yourself, and experience the release of all of those aromatics as the proof dropped. In most cases it’s not necessarily intended that you actually drink it at that ridiculously high strength,” notes Nicole Austin of George Dickel. “It’s supposed to feel good.”

I get the lure of a cask strength bottle. And I’ve definitely enjoyed my share of pours at barrel strength. I can also recognize when a few drops of water or an ice cube or (gasp!) both might improve the liquid. Anyone who’s poured a glass for me will attest that I spend a lot of time sniffing and smelling before I taste. (I also compulsively smell everything I eat and drink before it goes in my mouth, including water; it’s habitual.)

During that nosing process, if it’s something I haven’t had before, haven’t had in a while, or don’t know what I’m having, I’m likely to add water before I taste it. I want to know what I’m about to taste, and the addition of water helps me with that. I already know it’s alcohol, so I’m after the additional clues that get covered up with ethanol at a high proof. Water “opens up” the whiskey and allows aromas to be more detectable. I’m no scientist, but the science is firmly behind this practice.

What the science says

The article Dilution of whisky – the molecular perspective was published in August of 2017 in Scientific Reports. In a rather unscientific nutshell, whiskey consists of water and ethanol and hundreds of compounds. The compounds are formed by the interaction of the ethanol and the congeners it contains with the barrel over time. Those compounds are what give the whiskey its signature flavors and aromas. Ethanol and water alone do not have sweet, spicy, or smoky characteristics. Vanilla, citrus, toffee, pepper, and fruit flavors are a result of these compounds forming in the barrel.

So what does this all mean?

It means that it’s likely your whiskey doesn’t taste its best at 120+ proof. Ale Ochoa, Whiskey Scientist at Firestone & Robertson Distilling Co., explains that she’s found 40 proof to be the level where she can best evaluate her spirits. “You’re able to better identify faults as well as key aromas that make up the barrel,” she says. “If I’m making a blend, I’ll analyze at the bottling proof but still have to check it at 40 proof.”

While blenders and judges might proof down to 40 to maximize evaluation efforts, the casual imbiber should experiment with proofing to find their own sweet spot. Keep that water dropper handy. Just don’t claim that it’s best at 68.7% ABV. Or you might be a proof whore.