American whiskey icon and master distiller emeritus for Michter’s Distillery, Willie Pratt, passed away Dec. 28 at age 78. Following more than four decades in multiple roles at Brown-Forman, he retired at age 65 until Michter’s president, Joe Magliocco, hired him to consult for the emerging whiskey company. In joining the company as its master distiller in 2007, Pratt helped Michter’s become one of the country’s most recognizable whiskey brands.

“Willie wanted to stay active after retiring, and I reached out to him about doing some part-time work,” Magliocco said to me as we chatted about Pratt’s legacy this week. “And as you know, in this business, part-time soon becomes 24-7. But he thrived on the work because he was passionate about making great whiskey.” 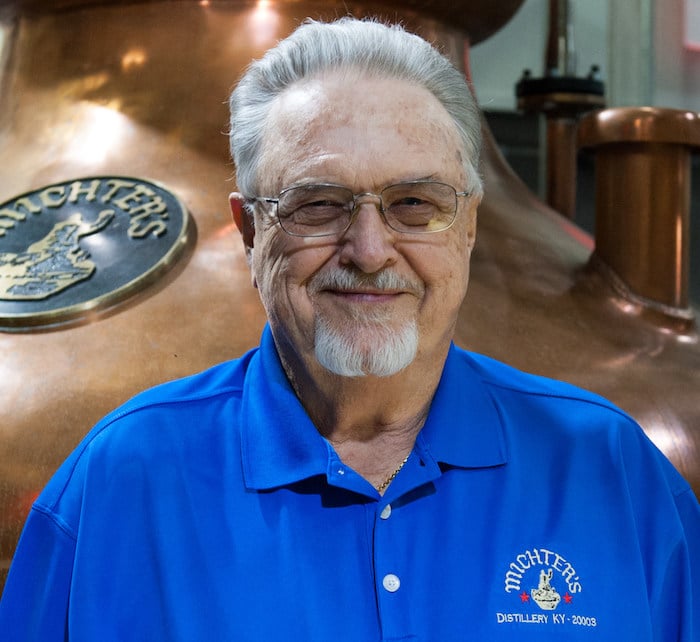 Born in 1942 in Hazard, Ky., to a coal miner father and schoolteacher mother, Pratt envisioned a future beyond the Appalachian foothills and moved to Louisville, Ky., at age 20. He was hired by Brown-Forman, which funded his bachelor’s degree—earned in night school at the University of Louisville—while ascending through its ranks. Pratt finished his career there serving in research roles focused on distillation improvements, cooperage and aging conditions.

According to Magliocco, Pratt’s duty when hired was straightforward: Make the best whiskeys in America without considering the cost. Though amply clear, Pratt’s duty was multifaceted and challenging. At Michter’s resurrection in the 1990s and over the next decade, the firm sold sourced whiskeys. About the time Pratt was called for help, some of its spirits were being contract distilled, and Magliocco wanted a veteran to manage the process.

As the bourbon boom surged and the once-neglected-cum-legendary sourced whiskeys Michter’s thrived on began shrinking, Magliocco tasked Pratt with creating a distillery for the brand. Despite being pulled in three directions at once—sourcing whiskey, overseeing contract production and creating a distillery—Pratt dug in.

“Willie was the one who suggested we heat cycle our warehouses, and he advised that we barrel our whiskeys at 103 proof,” said Magliocco. “I remember riding to the airport with Steve Ziegler, our vice president of sales, and him saying (of Pratt’s plans), ‘This is going to be so expensive! Do you think it’s going to work?’ It did.”

Long before he hired Pratt, Magliocco met him by chance and struck up a friendship. When visiting Kentucky for whiskey-related trips, Magliocco, a resident of New York City, regularly sought Pratt’s counsel.

“Every time I reached out to him, I always came away having learned something new,” he said. “Not only was he incredibly knowledgeable, he was a real gentleman.”

One who wasn’t stuck in his ways, either, Magliocco said.

“He never said, ‘Look, I’ve been doing it this way since 1960’; he always tried to experiment and look for new ways to improve production,” he said. “He wasn’t just a kind and unassuming man, he was smart, and I mean really smart.”

Andrea Wilson, Michter’s vice president and master of maturation, described Pratt as a perfectionist who “challenged all of us to realize our potential as it related to the quality of the whiskey. … It was amazing to work with someone who had more than 50 years of experience in this industry.”

An accomplished industry veteran when she was hired to work with Pratt, Wilson humorously recalled “spirited conversations—yeah, let’s just use that!” with Pratt over whiskey issues. Though opinionated, she said such discussions with Pratt were respectful and “always done with a positive intent toward making great whiskey. He was all about the whiskey.”

Pratt proved that stance when Michter’s sales team voiced disappointment over his decision to skip an annual release of Michter’s 10-year-old bourbon several years ago. Despite high demand for the release, Pratt didn’t budge, and management supported him—even as the bourbon pushed well past the 10-year mark. His stubbornness on that decision and others like it earned him the nickname, “Dr. No.”

“But once it was finally out, and reviewers were saying how beautiful the 10-year was, Willie would rip out pages from those magazine reviews and send them to our sales VP,” Wilson said. “It was his way of saying, ‘This is why we wait!’ Making the greatest American whiskey wasn’t a tagline to him, it was a belief and a philosophy.”

A legacy of Celebration

Nearly a decade ago, Magliocco challenged Pratt to create a one-of-a-kind blend of 10- to 30-year-old bourbon and rye whiskeys that would showcase American whiskeys’ equality to highly respected Scotches and Cognacs. Pratt was all for it.

“I told him I wanted it to be the equivalent of anything anywhere, and he said, ‘I’m sure I can do that,’” Magliocco said, adding that the whiskey would be named Celebration and bear a jaw-dropping $4,000 price tag. “He was very confident about it.”

Wilson called Pratt’s result, “spectacular and something he was pretty proud of. … People think you can take old whiskeys, just put them together and it’ll all work out. But understanding how to bring them together as a symphony of flavor is a particular skill and art he’d not only mastered, but one he was able to impart to the team.”

Magliocco put it this way: “You can have Bourbon A and Bourbon B, and both are great. But you put them together, and they become worse—like a bad marriage. There is a real art to blending, and Willie was amazing at that and a lot more. … We already miss him a lot.”

Author’s afterword: When I got a ‘yes’ from Dr. No

As mentioned above, Willie Pratt had one of the coolest industry nicknames, Dr. No. Fortunately, I once got a yes out of Dr. No.

Early one Saturday morning I was at the distillery when Pratt stuck his head inside the room where I, Andrea Wilson and Jamie Alvey, Michter’s regional sales director, were conducting a practice pairing of whiskeys and country hams for a live event. Pratt, who’d been at the distillery since 6:30 a.m., was struck by the unusual site of a lighted conference room at 8 a.m. on a weekend, so he investigated.

As Wilson explained what we were doing, I invited him to join us, but he declined, yet only for a moment. Breaching the threshold just far enough to sniff the hams’ aromas, he quickly changed his mind.

“Damn, that smells good,” he said en route to an empty seat. As Wilson pushed a scoring sheet across the table to him, he asked, “Anybody got a pen I can use?” Of course, there were extras, but I’d have given him the only one I had and faked my scores if only to keep a master distiller in the room. Over the next half hour, he shared stories about his modest Appalachian upbringing that included eating country ham “that didn’t taste as good” as what we were pairing with, “but it was what we had then.”

RIP, Willie Pratt. It was good knowing you and sharing some ham with your amazing whiskeys.