Come on, sing it with me!

“It’s beginning to look a lot like nor-mal, across The Bourbon Trail.”

Almost two years ago, I was wondering when I’d ever entertain such glib thoughts again. The annual Bourbon Classic was winding down in February of 2020, and I and some colleagues had just finished a food and whiskey pairing for 156 people. None of us could have guessed that it would be the biggest event any of us would work for a long time. Even the 10-person pairing I did a week later was huge compared to what was coming—nothing at all. By the time a trio of mid-March pairings booked in St. Louis were cancelled, COVID-19 was just revving up. I’d not do a public presentation until September of 2021.

When distilleries closed their doors to visitors shortly after, bourbon tourism economies in communities like Bardstown, Lawrenceburg, Frankfort and Louisville suffered. Surely some in those places enjoyed the drastically reduced road traffic and a respite from the whiskey-mad masses. But as shutdowns dragged on and revenue plunged, the quiet got old.

Fast forward to the end of 2021, when the worst of the pandemic has passed, and traffic is flowing again to Kentucky’s distilleries. Most all have reopened for tours that are booked months out. Packed tasting rooms smell of whiskey and vibrate with happiness. People seem as excited to see strangers as they are to sip booze in public and at the source. 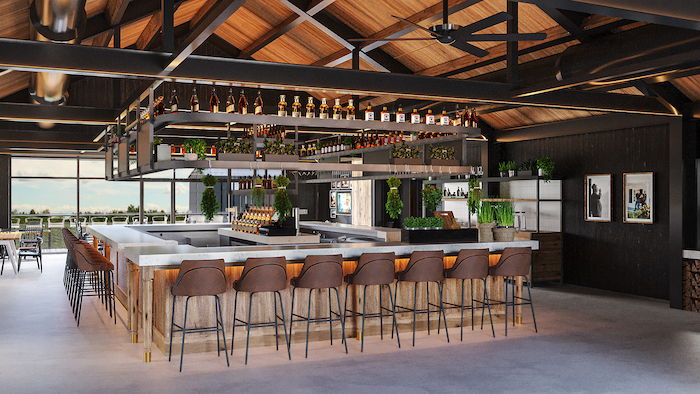 Gift shops bustle with visitors buying, well, anything a distiller can brand—and that list grows by the second. And you can imagine prices on those shirts, shakers and shot glasses have risen beyond pre-pandemic fees. But with all that cooped up cash economists claim ‘Muricans are hoarding, why not free up $100 for a whiskey-branded hoodie and boost the economy? (OK, I promise, no more Santa Crass.)

Staffers still wear masks at many distilleries, but few demand visitors do it, especially if the facial temperature check machine at the door approves. Have you seen those things elsewhere? They’re clearly not coin-operated cheap. So why spend so much on what amounts to a high-tech thermometer? Data collection, Benjamin, data collection. (I promise, that’s my only lame conspiracy theory for this column.)

When you get to Kentucky, you’ll notice that every distillery used the tourist ban to retool something. At the largest whiskey plants, cranes are about as common as trees. If they’re not helping raise rickhouses, they’re lowering copper column stills into welded steel housings. Such activity at Buffalo Trace means its Hard Hat Tour is postponed indefinitely, but it’ll return. (And speaking of gift shops, BT’s is about twice its pre-pandemic size. Actual buffaloes could roam it freely without horn hooking a souvenir.)

Visitor experiences at Heaven Hill’s revamped and expanded Bourbon Experience have been booked solid since its June opening. Crowds should only increase when the restaurant portion of its Five Brothers Restaurant & Kitchen opens in December. Eat, drink, tour, shop; all boxes checked in one stop.

You’d better have a reservation if you want to eat at Bardstown Bourbon Co.’s Kitchen & Bar. It’s cold here now, so the outside bar and dining space won’t absorb overflow customers when the joint is hopping at lunch. (Slow dinner sales forced a temporary suspension of that offering.)

In nearby Clermont, home to the renamed James B. Beam Distillery, The Kitchen Table Restaurant & Bar is finally open. Part of a $60 million investment in its tourism experience, the company has raised the bourbon tourism food and drink bar higher than all others. That’s saying a lot given Bardstown Bourbon Co.’s stylish, midscale restaurant and Maker’s Mark’s Star Hill Provisions.

And while you’re at there, visit the newly made over American Outpost gift shop and tasting room. Just stunning.

Back in Louisville, the gorgeous Bar at Michter’s Fort Nelson Distillery—a classy slice of Manhattan—is again serving some of the best cocktails anywhere. The tour at the historic building is fun and engaging as well. Two blocks west is Kentucky Peerless Distilling; always a great spot. Several blocks east is Old Forester, which is finally reopened for tours. And just a few blocks further is Angel’s Envy, where expansion of its visitor experience is underway just five years after it opened. Two blocks south is Rabbit Hole Distillery, whose team is busy erecting a hotel of its own nearby.

Whiskey retailers say that bottle hunters were busy as ever during the pandemic. Unable to tour distilleries during the crisis, whiskey fans from all over descended on Bluegrass stores in search of bourbon motherland treasures. Kentucky likely has the greatest variety of American whiskeys found in the U.S., but acquiring those lusted-after, hard-to-get releases is as challenging here as anywhere. (If Facebook pictures tell you anything, move your hunt to areas where you least expect to find rarities. Bottle allocation is a weird, mysterious and frustrating thing, my friends.)