The experience, co-sponsored by Destination Grandview, is aimed at showing off the spirits and cocktail scene in Columbus, Ohio. Each stop of the trail offers tours and tastings, some with full bar service.

Visitors can download the Distillery Trail’s digital passport to get started. If users make four purchases at any of the stops, they will earn a custom Simple Times mixer. Those that visit all seven will earn “The Proof is in the Proof,” Columbus Distillery Trail t-shirt. 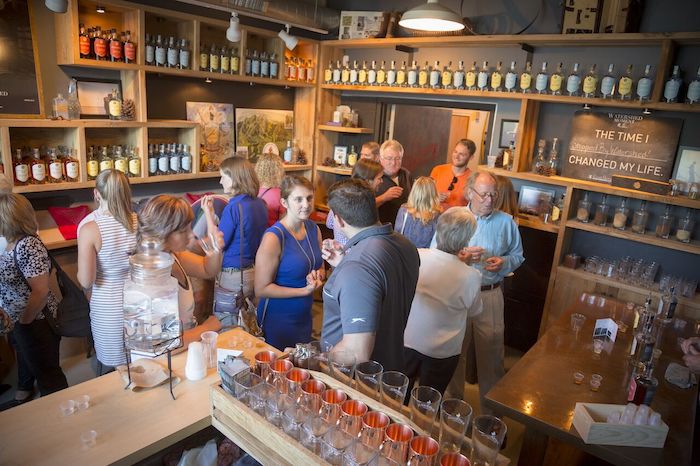 Inside the Watershed tasting room (image via Watershed)

The new trail isn’t the only way to experience the city. The Short North Art Trail and Columbus Coffee Trail are other good options for visitors of all ages.