With the craft whiskey explosion of the last fifteen years has come a rash of distillers breaking with tradition and experimenting with new techniques and ingredients. Gone are the days when all whiskey was made with varying amounts of the same four grains; a number of modern distillers, especially well-established craft producers like Corsair and Koval, are working with unusual grains to produce whole new categories of whiskey.

One of those unusual grains (or “grains,” as we’ll see in a moment) is buckwheat. This pseudocereal, mostly known in America as a delicious pancake ingredient, is being made into whiskey by a handful of distilleries, notably Corsair. We also reviewed Catskill Distilling Company’s Otay Buckwheat Spirit, a unique leather-and-tobacco experience, a couple years back. 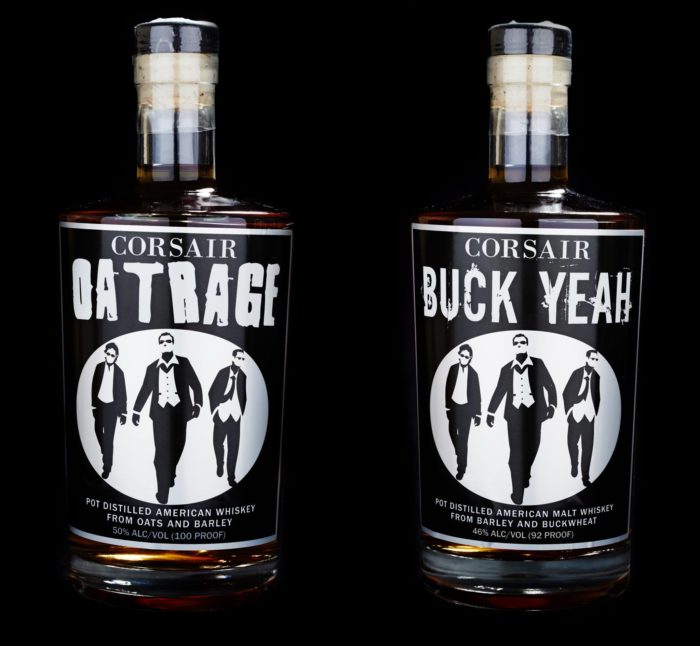 Pedants, however, will note that distilling buckwheat reveals an interesting question. Namely, can the resulting spirit be called whiskey?

Let’s back up. The government defines whiskey, in part, as “spirits distilled from a fermented mash of grain.” But what exactly is a grain? The dictionary gives several definitions, among them both “the seed or fruit of a cereal grass,” and “the seeds or fruits of various food plants, including the cereal grasses, and in commercial and statutory usage, other plants (as the soybean).” That first definition would exclude anything that, like buckwheat, isn’t botanically a grass. The second one, however, seems more than broad enough to encompass buckwheat and its fellow pseudocereals, which include quinoa and chia.

The problem is, the TTB, which regulates the labeling and marketing of spirits, doesn’t explicitly define what they consider a grain. Time for some inductive reasoning!

As far as I can tell, there are only a handful of buckwheat whiskeys out there. There’s Corsair’s version, which is labeled “whiskey,” and Otay, which isn’t. Pinchgut Hollow’s Copperhead seems to be in the same boat as Otay. Finally, there’s Eddu from Distillerie des Menhirs, which doesn’t teach us anything about labeling laws, because it’s made in France.

For perspective, what about some of the other unorthodox ingredients used in whiskey? Weirdly, the TTB seems to have no problem with calling spirits distilled from sorghum syrup whiskey. Sorghum, botanically, is a grass, but most sorghum whiskeys are made from the plant’s sap, not its seeds.

In short, it seems to be the case that when the TTB says “grain,” what they actually mean is “cereal,” in the botanical sense. Corsair’s products are the lone exception, and my guess is that they’ve been allowed to sell Buck Yeah and their quinoa whiskey as whiskeys because the mash bill for each is mostly barley—according to the distillery, Buck Yeah’s mash bill is 1/3 buckwheat, with two different malts making up the remaining 2/3.

In a rather unique partnership...
READ ARTICLE 
Bourbon