Book Review: Spirits Of The Underworld: A Grimoire of Occult Cocktails & Drinking Rituals

Editor’s Note: This book was provided to us as a review sample by Prestel. This in no way, per our editorial policies, influenced the final outcome of this review. t should also be noted that by clicking the buy link towards the bottom of this review our site receives a small referral payment which helps to support, but not influence, our editorial and other costs.

I can still remember going to my first guitar lesson. I was a teenager and had just spent the summer mowing lawns, painting garages, and tending to any sort of chore that my neighbors didn’t want to deal with around their houses. No job was too small, and before I knew it, I had conquered the market in being a surrogate grandson to lonely grandparents with ungrateful grandchildren who never visited let alone helped around the house. I was determined with my eye on the prize of a used guitar that I saw hanging on the wall at the local music shop.

I had never even touched a guitar before, but I was certain that this instrument would get me on MTV. I saved and visited my future ticket out of this town until finally it was mine. As I was rung up on that day, the sales person asked me what my intentions were now that I was well on my way. I hadn’t thought that far ahead, but they let me know that they also offered lessons and had an opening if I was interested. I then understood that just holding my precious in my hand did not suddenly make me able to play, so what was cleaning out a few more gutters. Sign me up! 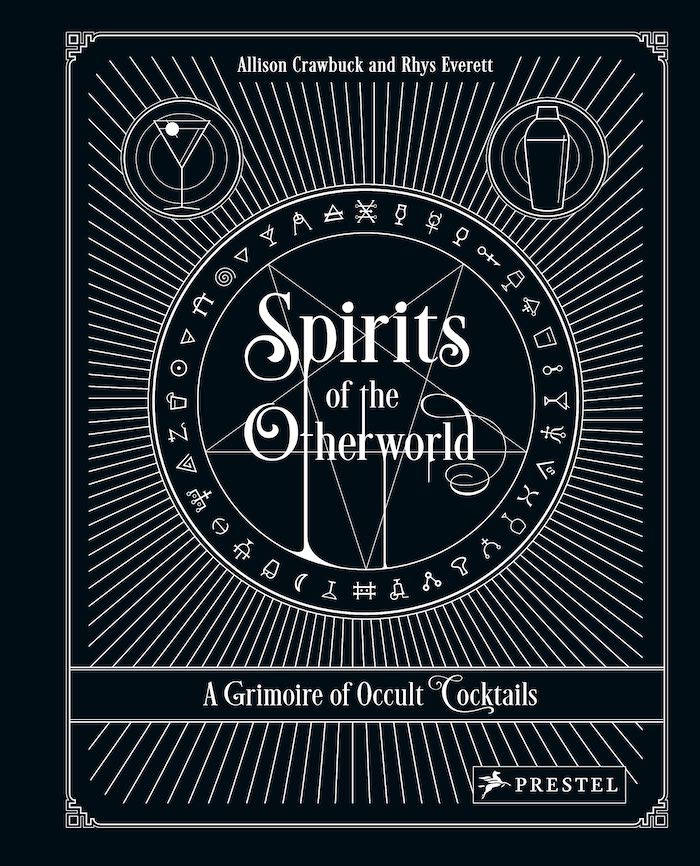 It has been a long time since then, and I was reminded of that while perusing a new cocktail book that had come my way. Not because I had signed a deal with the Devil, or my musical lessons had anything to do with the Occult, it was because of the first question my new instructor asked me when I sat down to learn in the back of that music shop: “ What do you want out of the guitar?” He went on to tell me that every note that can possibly be played has been heard, and every combination of those notes have already been played next to each other, so why am I here? This may have been a little too existential for a teenager, and he answered his own question as I sat there slack-jawed. “ The only thing that you can do differently is to have your own tone”.

This has stuck with me more than any diminished chord that I learned from him, and has been the motivation behind many creative endeavors. The ‘tone’. The personality. The color. Sharing things with the world through your particular tint of glass, that is creativity. And, that is what I saw in Spirits of the Underworld: A Grimoire of Occult Cocktails & Drinking Rituals.

The authors of this book certainly come by this honestly. They run a bar ( The Last Tuesday Society, London) that is located inside The Viktor Wynd Museum of Curiosities, Fine Art & Natural History. They have also opened Devil’s Botany, London’s first dedicated absinthe distillery. All of these endeavors with a penchant toward the macabre, and their cocktail book certainly follows that tone.

There is no mention of ‘Spooky season’ and not a single recipe features pumpkin spice, but what they do is weave a timeline of drinking rituals and history through a correlated history of people trying to make sense of the world around them. 50 cocktail recipes are divided into 5 chapters that tell the stories of cocktails and the occult in the ancient world, the Dark Ages, Renaissance, New World discovery, and the Modern era. All with well articulated tales to accompany each concoction.

While each recipe isn’t difficult ( the mention in the preface that they shouldn’t be any more difficult than a cup of tea), they are intricate, involved, and interesting. I was going to evaluate a couple of the recipes by making them, but I did not have any raisin infused Old Forester or Primum Ens Melissa Tincture on hand. But, I do have the recipe now and am looking forward to trying them out. They do feature products from their distillery quite often, (who can blame them), but do also offer alternative suggestions as well. The stories are great with a plethora of acknowledged classics, as well as plenty of new interpretations.

What I am most looking forward to is sharing this with a bar team and relating ways to find inspiration, to find your tone, and to have a lot of fun while doing so.

Buy Spirits of the Otherworld: A Grimoire of Occult Cocktails and Drinking Rituals On Amazon