The Redemption whiskey brand is one of those relatively popular non-distilling producer labels here in the U.S. that has some history behind it. Originally founded by industry veterans Dave Schmier and Michael Kanbar some years back, it saw enough success that in 2015 it was acquired by Deutsch Family Wine & Spirits. More recently a change in the bottle design brought a lawsuit by Diageo over claims its popular Bulleit bottles were being copied, which is something Deutsch vehemently denies.

To learn more about where the Redemption brand is heading, I caught up with Joe Riggs, one of its brand ambassadors, at the recent Tales of the Cocktail conference. Note this interview is edited for clarity and brevity. 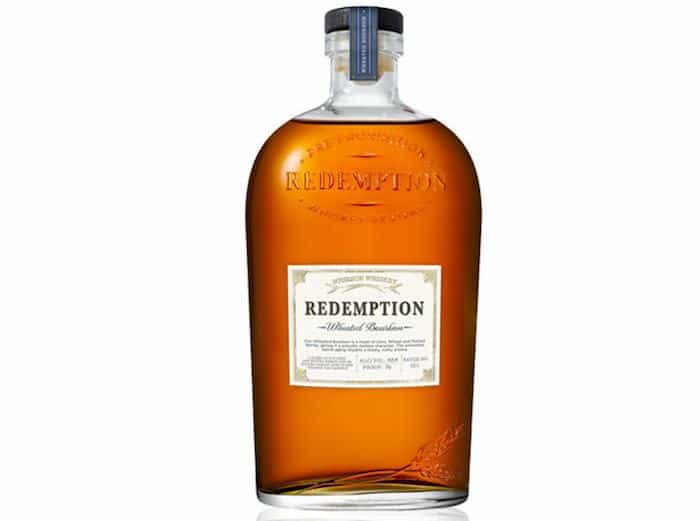 The Whiskey Wash: So talk a little bit first about the history of the Redemption brand. When was it started, etc?

Joe Riggs: So Dave Schmier and Michael Kanbar were in Kentucky, and they thought it would be fun to find some single barrels and bottle those off. Well, what they ended up finding was that MGP had an incredible rye whiskey, and they felt as though they could create something bigger. So they started with a few barrels and they made the label themselves.

Dave ended up creating an incredible blend for Redemption Rye. And his idea in blending was to create balance. He wanted it to be approachable, he wanted it to be high proof enough to stand up in cocktails. So that’s why he settled on 92 proof and it has grown exponentially every year since. They then moved into bourbons, and we are now launching our fourth mash bill, which is a wheated bourbon that we’ve not released prior. So since 2010, it has been an incredible ride. I came into the brand in 2012. Deutsch Family acquired the brand in 2015. And we’re on our way to the moon.

TWW: Post-acquisition what changes have the brand seen?

Riggs: There is not much change on the production. MGP produces our whiskey while we control blending and aging. Wayne Donaldson is now our blender – he is also wine maker for Deutsch Family – so he controls blending rather than Dave Schmeir who was formerly. He has an incredible palate and aims to create the same flavor profile that we have had created for seven years.

The batches are 150 barrels approximately now. We are able to produce more whiskey and we have changed our packaging to a proprietary glass flask shape package. So those are really the changes. You know we just have more feet on the ground and we don’t want to change the character of the brand. We’re not going to go into flavored things or any of that nature. It’s true to the identity of the original brand. And Dave has worked with us to ensure that as well even after the acquisition.

TWW: Talk a little bit about the branding itself. Why is it called Redemption?

Riggs: So Dave and Mike knew that rye had an incredible history in American whiskey and also George Washington used to distill rye. It was once one of the more dominant distillates produced in America before prohibition and we wanted to redeem the rye category. So we are a rye whiskey revival proclamation, and just wanted to help redeem the category because we felt as though it didn’t have the awareness of its great American history. And also the incredible flavor profile that it provides.

TWW: Let’s go a little more in depth on them. You guys have a mix of things. Different age statements. Different categories. Let’s start with the ryes. What are some of the ryes that you have there?

Riggs: Our ryes are produced with 95% rye and 5% malted barley. It is distilled to 135 proof. It enters the barrel at 120 proof. For our flagship rye we use whiskeys from 18 months old up to six years to blend together for a flavor profile rather than an age statement.

We also wanted to express the strength of the mash bill in the distillate that is produced by MGP at multiple age statements. Because this whiskey is inherently good young, it also is inherently good with more maturity. So we have released rye at cask strength at 6 years, 7 years, 8 years and 10 years old. We will soon be releasing the rye at 18 years as well.

TWW: With regards to the cask strength expressions, what’s the typical ABV on those?

TWW: Talk about the bourbons you guys have, starting at the beginning of the more basic bourbons and then we can work up to new ones that you guys have.

Riggs: So we work with three bourbon mash bills now. Two are very high in rye content. One we identify as high rye. It is a 75% corn, 21% rye, 4% malted barley bourbon bottled at 84 proof. That I refer to as breakfast bourbon because it’s one of our most approachable lowest proof offerings.

And then we have a high rye bourbon that is 60 corn, 36 rye and 4% malted barley at 92 proof and that’s a little more assertive. It is almost like an old-fashioned in a glass. It starts sweet with an initial bourbon corn identity, but then it has a really nice dry baking spice, cinnamon and nutmeg finish.

Third we are releasing now in some markets a wheated mash bill at four years old and 96 proof. That is 51% corn, 45% winter wheat and 4% malted barley.

TWW: With this new product that’s been released, what was the thought process behind bringing in a wheated bourbon?

Riggs: Inherent to the transparency of the brand, a broker actually came to us with this whiskey. And he thought that we might be interested because Deutsch has the ability to acquire and rest whiskey that we didn’t have the fluidity to do before. And when I was in a room with our executives tasting, we tasted it, and I said we should really get behind this.

TWW: Is this particular release going to be limited in scope or ongoing?

Riggs: We do limited expressions releases every year and this is one of those. The future is open. It could be a larger production in the future. Currently, it is a limited release. We will do this same group of barrels at five years next year and six years the following year as we want to continue to speak to the strength of the distillate’s multiple age statements.

TWW: Redemption right now is known as a pretty well established independent bottler or non-distilling producer. Do you guys have plans to maybe get into distillation yourself or are you more content to keep it as it is?

Riggs: The plan was never to change what we release already. We don’t believe that we can make whiskey better than people who’ve worked for Seagram’s for 20 years. MGP has an incredible distillation team that’s been in place for 30 years. I don’t pretend that we’re going to build a better team than they have already. So if we were to purchase a still it would more than likely be to produce other things.

TWW: What is the highest proof whiskey you guys have released to date?

TWW: Have you ever thought about going higher?

Riggs: It’s inherent to the barrel. So we don’t intend to change the proof that it comes off the still at. Most barrels are in MGP warehouses now, which goes down in proof. We’re going to release whiskey that tastes good. And it’s not relevant to the proof. We want it to shine at its best possible expression.